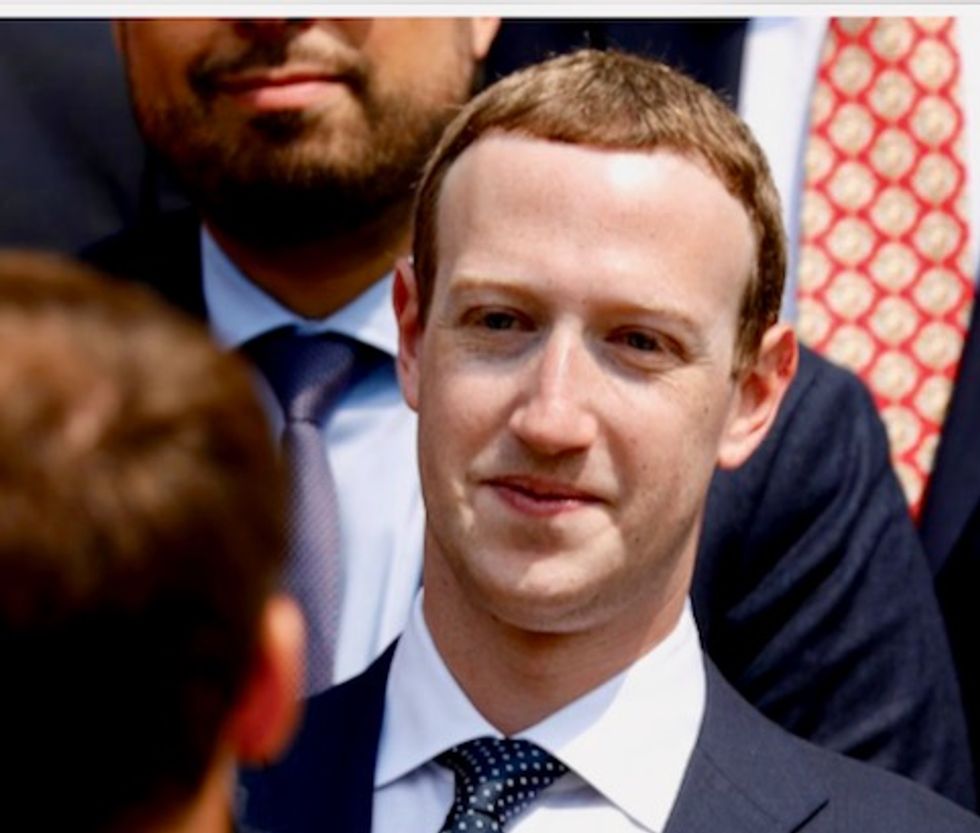 Facebook's CEO Mark Zuckerberg listens to French President Emmanuel Macron after a family picture with guests of the "Tech for Good Summit" at the Elysee Palace in Paris, France, May 23, 2018. REUTERS/Charles Platiau/Pool

The National Rifle Association nearly doubled its spending on pro-gun Facebook propaganda for three weeks after the mass shootings last month in El Paso, Texas, and Dayton, Ohio, according to analytics provided to The Intercept.

The social advertising surge began just one day after the Aug. 3 El Paso massacre, which left 22 people dead, and on the same day as the Dayton killings, which took 10 lives. At one point in this period, the NRA was spending $29,000 on a day’s worth of Facebook ads, nearly four times as much as before the shootings, according to Pathmatics, a company that monitors online advertising spending. The ad spending was conducted through the NRA’s lobbying arm, the Institute for Legislative Action, which, in the four weeks before the shootings, spent on average just over $9,400 a day on Facebook ads.

Between Aug. 4 and Aug. 25, the institute spent around $360,000 on Facebook — roughly $16,500 per day — reaching a peak of over $29,000 on Aug. 18, according to Pathmatics, which said that it gathered this data from a panel of hundreds of thousands of Facebook users who opt in to automatically share information about the ads they’re shown. Altogether, the ads bought in this period were viewed tens of millions of times, the analytics firm estimated. “The NRA’s ad spend has spiked significantly, which isn’t surprising for an organization in the midst of a reputation battle and crisis,” Pathmatics CEO Gabe Gottlieb said.

A Poor Diocese with a Spendthrift Bishop 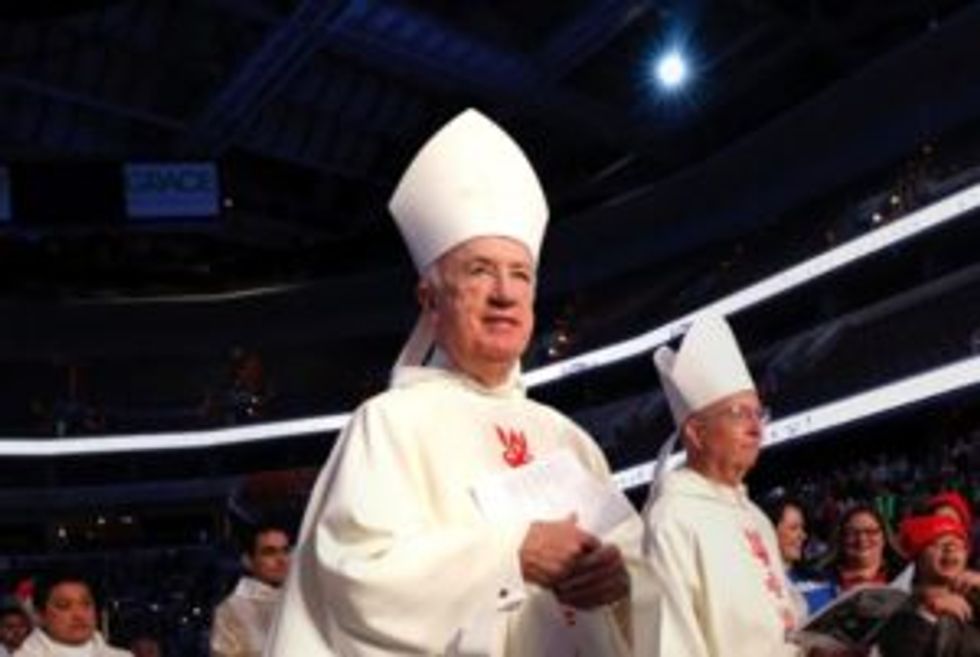 It was billed as a holy journey, a pilgrimage with West Virginia Bishop Michael J. Bransfield to “pray, sing and worship” at the National Shrine in Washington. Catholics from remote areas of one of the nation’s poorest states paid up to $190 for hotel rooms and overnight bus rides to the nation’s capital. Unknown to the worshipers, Bransfield traveled another way. He hired a private jet and, after a 33-minute flight, took a limousine from the airport. The church picked up his $6,769 travel bill.

Last year, according to a scathing expose in The Washington Post, the brazen bishop stayed a week in the penthouse of a legendary Palm Beach, Fla., hotel, at a cost of $9,336. He hired a chauffeur to drive him around Washington for a day at a cost of $1,383. And he spent $12,386 for a jet to fly him from the Jersey Shore to a meeting with the pope’s ambassador in the nation’s capital.

Bransfield was barred from public ministry in July after an internal church investigation found he had engaged in financial abuses and sexually harassed young priests, allegations Bransfield has denied. The Post previously obtained the investigative report and revealed its major findings, including that he spent $2.4 million of church funds on travel and gave $350,000 in cash gifts to other clerics. By his final year, 2018, records show, Bransfield’s use of private jets and limousines had become routine — even as the diocese closed or cut funding for nearly two dozen parishes and parochial schools.

The $1.5 Trillion Airplane that Won't Go Away 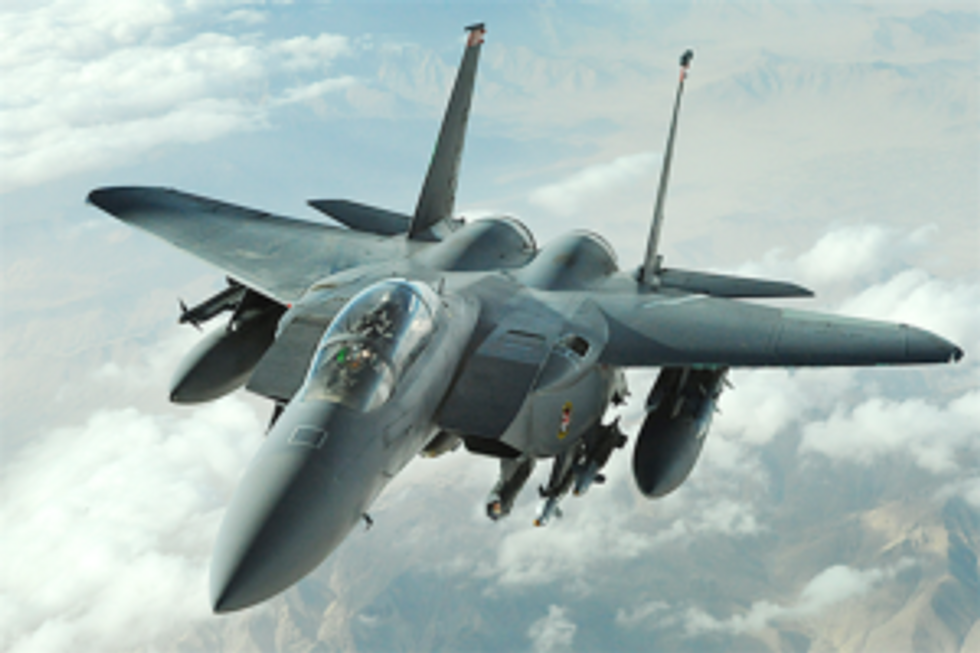 “How are you with numbers?” asks writer William J. Astore at TomDispatch. “I can deal with $1.5 million. I think I can even imagine $1.5 billion, a sum a thousand times greater. But how about a million times greater: $1.5 trillion?”

That’s the estimated cost of the Pentagon’s program to build, deploy and maintain the no-longer-so-new F-35 jet fighter over its lifetime. How can any people invest so much in a technology whose fundamental purpose is dominance through destruction—and which reportedly doesn’t even work particularly well?

The Egyptians had pyramids. The Romans had roads, aqueducts and coliseums. The medieval Europeans had castles and cathedrals. These days, America’s pyramids, aqueducts and cathedrals are those warplanes, among other deadly weapons programs, including a $1.7 trillion one to “modernize” the U.S. nuclear arsenal. Unlike the massive projects of ancient history, which still endure and in some fashion represent the triumph of the human spirit, America’s massive spending on military weaponry has been for totems of power that will prove either ephemeral or make our very existence ephemeral, while casting a long shadow over our moment, thanks to the sheer extravagance and colossal waste they embody.