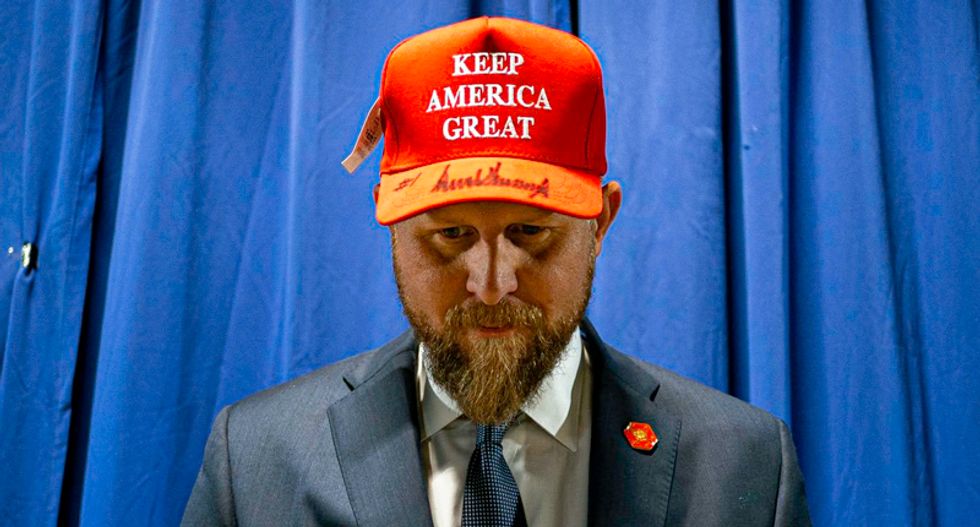 In August, at a campaign rally in Manchester, New Hampshire, a tall man with a Viking beard and an elegant gray suit walked out on a stage, carrying a stack of red Make America Great Again hats, tossing them to an adoring crowd, shouting “Four more years!”

The man is Trump’s campaign manager, Brad Parscale, who vaulted from a mid-level web designer to digital strategist for the 2016 Trump campaign and now manages the 2020 incarnation, Donald J. Trump for President Inc., which he claims will be America’s first billion-dollar campaign. And as he’s been doing this, Parscale has figured out ways to enrich himself and his firms, at various times collecting a salary from the Trump campaign, payments from the Republican National Committee and money from a super PAC, America First Action.

Like Trump, Parscale is a man who’s reinvented himself, from working for a family company that declared bankruptcy to being a middling businessman, to becoming a high-profile avatar for Donald Trump.

ProPublica’s Peter Elkind joined “Trump, Inc.” to talk about his in-depth profile of Parscale in ProPublica and the political juggernaut Parscale is assembling to re-elect the President.

Here’s what Elkind says about Parscale and the stories he tells about himself: “He changes dates. He rearranges facts. He omits conspicuous events. He basically rewrites his own life story to become a more romantic tale, to fit into the image that he’s trying to convey. He is a promoter, he’s a hustler, he’s a marketer.” In short, Brad Parscale is a lot like his boss.

To find out more, listen to the episode:

And finally, you can use the postal service:

Thom Hartmann
Republicans are finally getting around to condemning Trump for having a Thanksgiving week dinner with Nick Fuentes. In front of a crowded dining room that rose to their feet and applauded when Trump, West, and Fuentes walked into the room. For the cameras and the world to see.

Senator John Cornyn of Texas is the Senate Minority Whip — essentially the number two Republican in the Senate behind Mitch McConnell — and for four years was the chair of the Republican Senatorial Campaign Committee, in charge of getting Republicans elected.

And, like the old pro he is, Senator Cornyn knew how to play Trump’s embrace of antisemitism and racism perfectly, producing an elegant shout-out to the white supremacist base back home that his people will love and remember for years. And he did it all without paying even a tiny price with the media and the public.

Right-wing Twitter users are weighing in to express their disapproval of the so-called bombshell "Twitter files" Elon Musk promised to deliver on Friday, December 2.

According to The Daily Beast, Musk was set to address Twitter's decision to implement a policy that would restrict headlines and reports about Hunter Biden’s laptop from circulating on the social media platform. However, the leak ended up being a failure for many right-wing experts.