'I thought he was joking': CNN's Cuomo didn't buy Spicer's humble brag about being a 'staunch Christian' 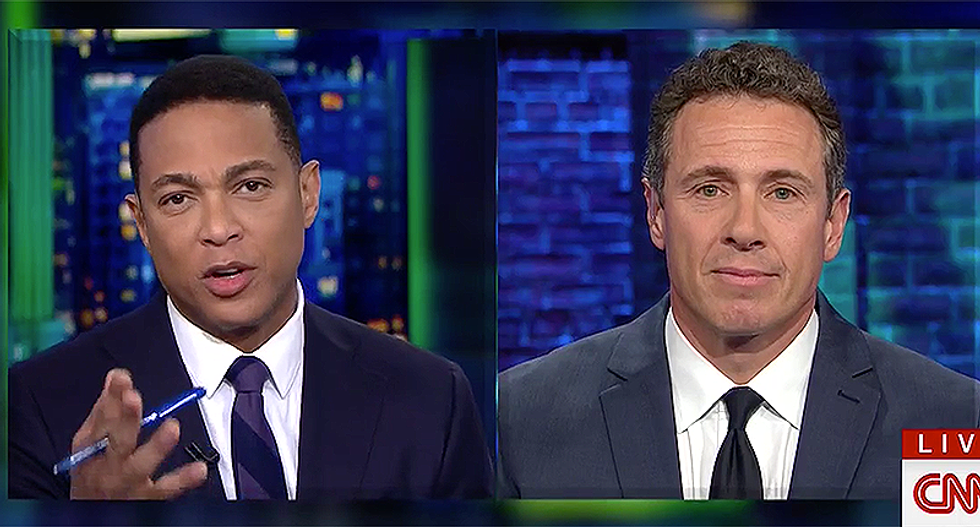 During the Tuesday night "hand-off" between CNN's Chris Cuomo and Don Lemon, the two chuckled about former White House press secretary Sean Spicer, who made his "Dancing with the Stars" debut Monday night. Spicer bragged about being a "staunch Christian," as the reason for why he won't win "Dancing with the Stars." But Cuomo chastised Spicer for trying to score votes.

The conversation between Lemon and Cuomo began as they discussed the cadre of right-wing judges Trump has appointed since taking office. Senate Majority Leader Mitch McConnell refused to allow a vote for any of former President Barack Obama's judges, including a Supreme Court justice.

"The people he appoints as judges, it shows you the kind of people they want appointed, the kind of people they want in leadership roles," said Lemon. “But actually the support that he has among Christians and evangelical Christians is always very surprising to me. And in that interview, I saw your eyes when he said, 'Because I am a staunch Christian.' I thought your eyes were going to pop out of your head because we all know that not to be true."

"I thought he was kidding!" Cuomo exclaimed.

"Like I thought he was going to start laughing, and he didn’t," Cuomo said.

"Play the same card. He knows it matters to people on the right. It matters to a lot of people on the left. I mean this country is highly faith-based in its orientation. But to hear them say it with a straight face, I mean it was just as impressive as that lime limbo outfit," Cuomo explained.

Cuomo blasted so-called Christians who claim that "character counts" when they refuse to promote good morals when they're getting the politics they want.

"They surrendered character for the courts. That’s what they did," Cuomo said.