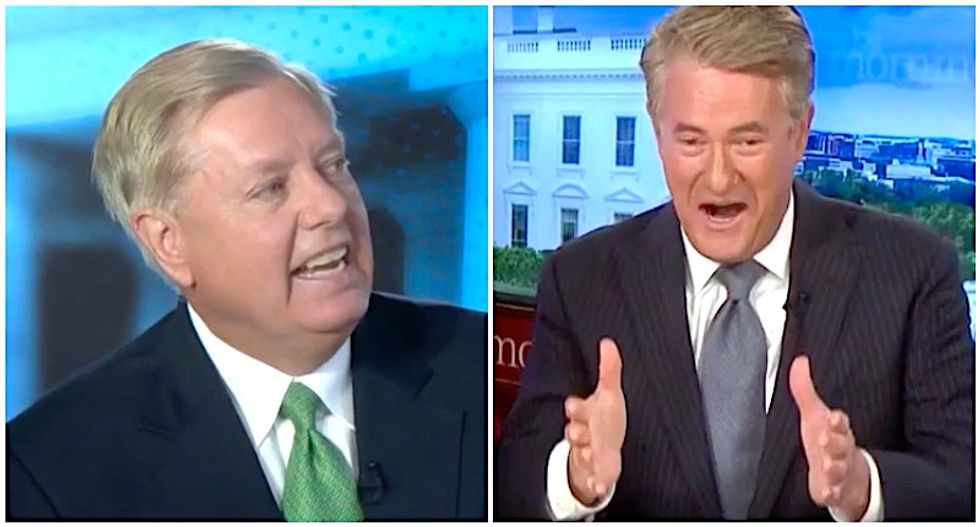 MSNBC's Joe Scarborough urged Sen. Lindsey Graham (R-SC) to go back to law school and re-learn the rules of evidence.

The Senate Judiciary Committee chairman dismissed evidence in a whistleblower complaint as "hearsay," and the "Morning Joe" host said Graham -- an attorney -- should know better.

"Then you have Lindsey Graham, who of course loved the idea of impeachment in 1999," Scarborough said, "and now Lindsey Graham talking about hearsay as if he is a kid that hasn't even taken the LSAT yet, and he is running the Senate Judiciary Committee, and he has no idea how hearsay does or does not play into evidence."

Scarborough said the whistleblower's claims are corroborated by call summary records released by the White House, and he urged the Republican senator to examine that evidence, or take remedial law courses.

"No, no, no, Lindsey, you need to read a Hornbook on evidence, you need to go back to the very beginning," Scarborough said. "Oh, my god. It is staggering that this guy runs the Senate Judiciary Committee, and he knows nothing about hearsay or else he is just acting in such bad faith that he doesn't even deserve a voting card. This is black-and-white law, and Lindsey is wrong."

"The only question is whether the guy running the Senate Judiciary Committee knows how ignorant he is," Scarborough added. "He can talk to any lawyer in South Carolina on either side of the aisle, and they will tell him that he is dead wrong."