'I’m the white boy who shoots up schools’: Ex-Marine busted with guns and bizarre poems about violence 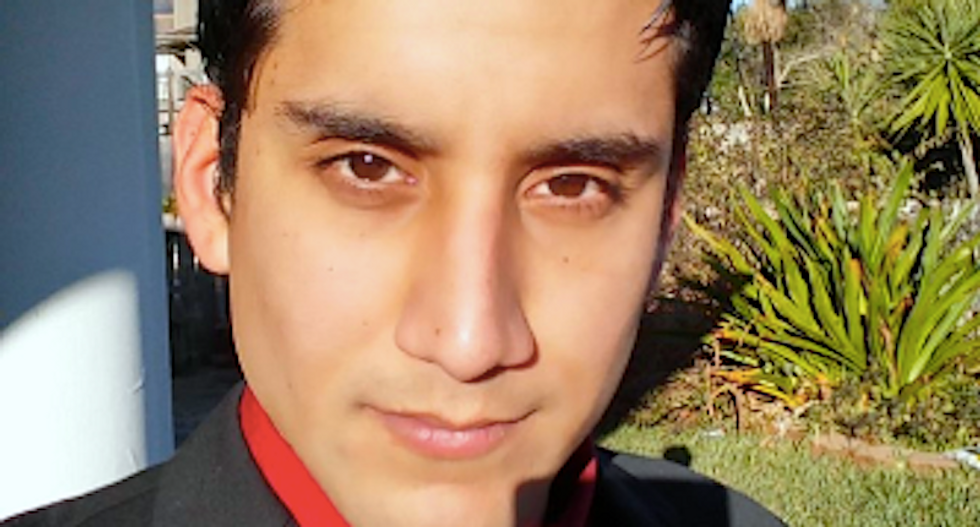 A former Marine with an extensive history of mental health problems was arrested on weapons charges after a traffic stop in Texas.

Houston police said they stopped Rick Montealvo about 1:30 a.m. Thursday after spotting his pickup truck without a license plate, and he told officers he had multiple firearms in the vehicle, reported KHOU-TV.

Officers noticed a tan AR-15 rifle wedged between the driver's seat and center console with the muzzle pointed toward the floor, and Montealvo was ordered out of the truck.

The 28-year-old Montealvo told police he did not have his driver's license with him, and he was taken into custody and then arrested after officers found he was wanted on 12 active municipal warrants.

Police said Montealvo gave verbal consent to search his truck, where they found the rifle was fitted with a black suppressor.

One of the officers was aware gun owners must have a tax stamp showing suppressors are registered with the Bureau of Alcohol, Tobacco, Firearms and Explosives, which Montealvo had not done, and the device also did not have a serial number.

Court records show Montealvo served in the U.S. Marine Corps for five years and had suffered from mental health problems, and police found a cache of poems written about violence and death.

“They say I’m the white boy who shoots up schools,” read one poem, according to investigators.

Montealvo, who was charged with felony possession of a prohibited weapon, told a judge he worked in private security to explain the weapons and tactical gear in his truck.

He remains held on $200,000 bond, and the case remains under investigation.