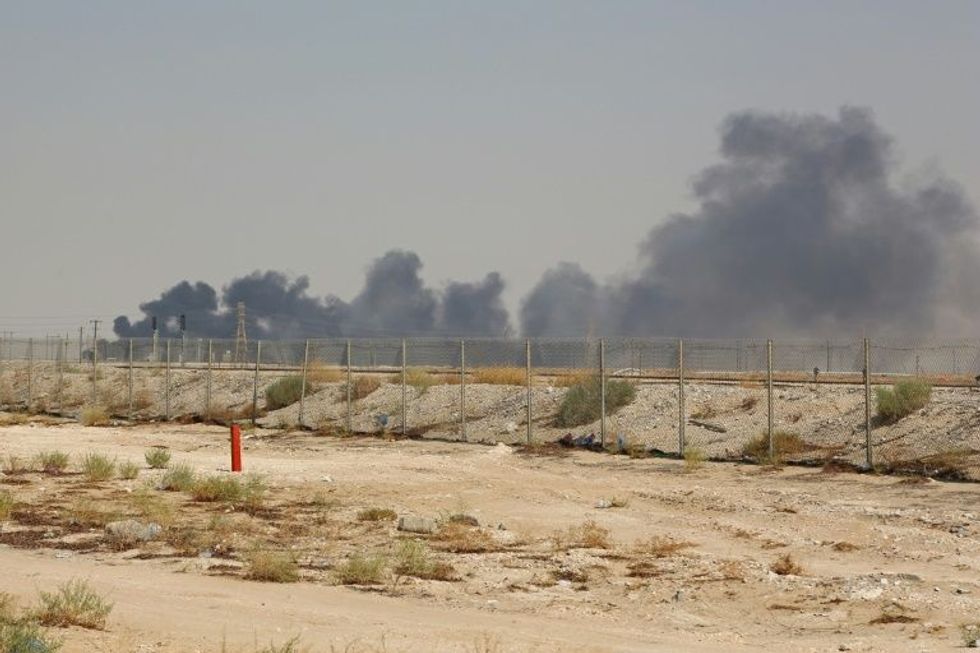 the largest U.S. oil producer can be brought to its knees with a drone carrying a bomb. President Donald Trump responded to intelligence that the drone didn't originate in Yemen, but rather from Iraq or Iran, by saying he was "locked and loaded."

"Saudi Arabia oil supply was attacked. There is reason to believe that we know the culprit, are locked and loaded depending on verification, but are waiting to hear from the Kingdom as to who they believe was the cause of this attack, and under what terms we would proceed!" Trump tweeted Sunday.

He went on to proclaim that there is enough oil to go around for everyone.

"The US Secretary of State has already blamed Iran & said the attack didn't originate in Yemen," tweeted CNN White House reporter Jeremy Diamond. "A senior admin official told reporters today the attack likely originated in Iran or Iraq. Now Trump says US is "locked and loaded," but not yet naming 'culprit.'"

Trump warns U.S. "locked and loaded" to respond to culprit of Saudi oil attacks. His own secretary of State and oth… https://t.co/AOf8gDuMyN
— Jordan Fabian (@Jordan Fabian) 1568587937.0

Hot damn! Locked and loaded! Ready to fire. Launch the war! Somebody call John Bolton and tell him all is forgiven. https://t.co/1jQbLQ7iZD
— Stonekettle (@Stonekettle) 1568588122.0

OK, I’ll accept this is @POTUS Twitter shorthand for US forces “locked and loaded” to retaliate for the attack on S… https://t.co/HcHisMMs1E
— Steve Herman (@Steve Herman) 1568588290.0

“Locked and loaded?” Is the president preparing a military strike? And how much does the target depend on what the… https://t.co/iEWoswnADn
— Chris Megerian (@Chris Megerian) 1568588172.0

I thought we were done fighting the wars of other countries because it's expensive? Yet when someone touches a drop… https://t.co/u9t8pUVN4A
— Jason Rabinowitz (@Jason Rabinowitz) 1568588123.0