James Mattis denies he was the 'coward' who wrote anonymous NYT op-ed: 'I would have signed it' 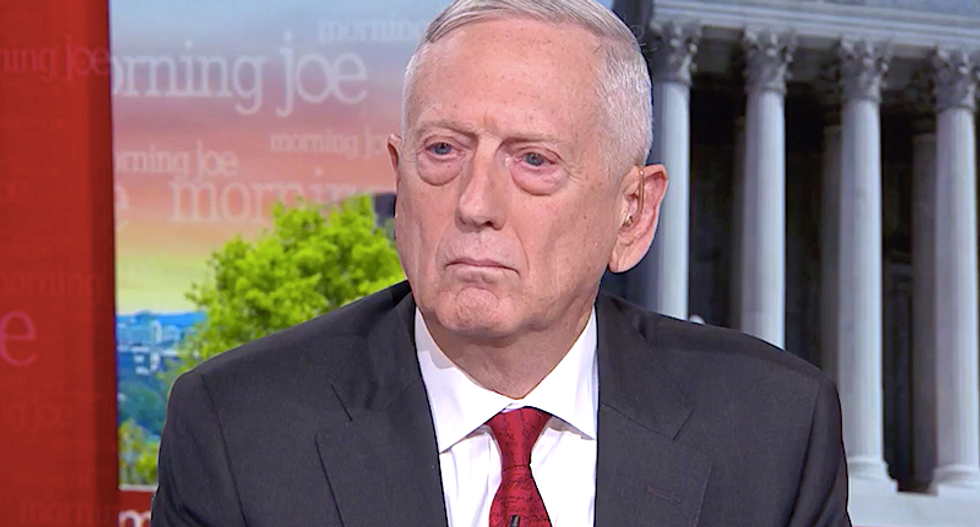 Former defense secretary James Mattis seemed to deny he was the author of an anonymous op-ed published one year ago Thursday by the New York Times describing a resistance within the White House.

"You said to (co-host) Mika (Brzezinski) that you don't want to be speaking from the cheap seats, (but) you almost more than anyone I know paid for your cheap seat," Barnicle said. "Paid for it in blood and treasure and the leadership of men who you lost, and so, a year ago tomorrow, someone, I don't know who, wrote an anonymous op-ed in in the New York Times."

That author wrote that administration officials and aides believe they had a duty to act against the "president's immorality," and their op-ed claimed all of Trump's staffers know that he lacked "discernible" principles.

"I wouldn't comment on it other than to say that I've never believed in cowardice," Mattis said. "If I felt that strongly about something, I would have signed it. I would have been right up front about it."

Mattis then pivoted to argue, as he has in a forthcoming book, that problems associated with Trump's presidency began before his election.

"I think you would owe that degree of candor, but I think, too, we have to look at this as a test of everyone's character in America," Mattis said. "Again, I don't think we have a problem today that suddenly mushroomed into our observation and what we're seeing here in the last six months, last two years, or last five years. I think this is a growing problem inside America."

"We have lost a fundamental friendliness with one another," he added. "We have lost a sense of fairness, we really believe in some cases, that our people believe I'm right about everything and that guy is wrong about everything, and if we don't wake up to the idea that the people we disagree with are fellow Americans, if we don't understand that once in a while people we disagree with are actually right and if we don't roll up our sleeves and start working together, then we're going to have a problem in this experiment because this would set up so it would not work without cooperation, collaboration, and compromise."