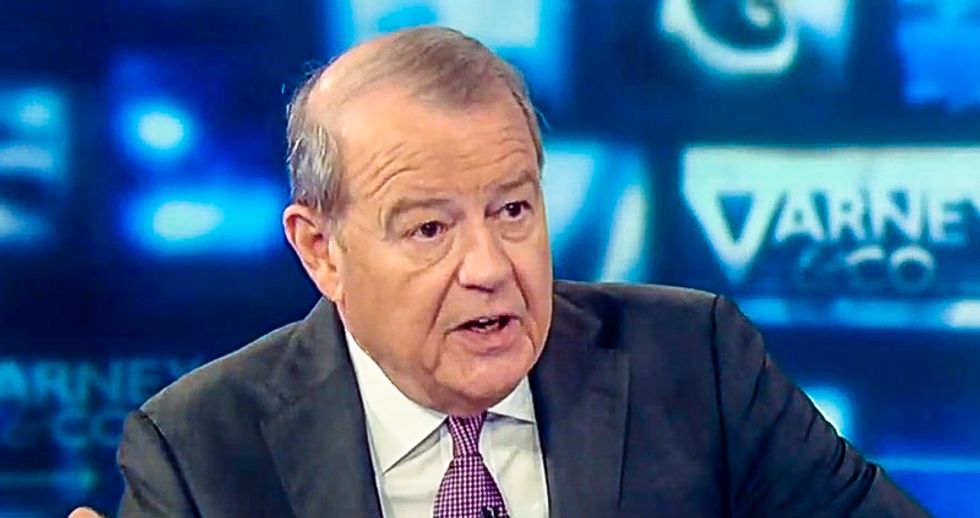 Fox Business host Stuart Varney has a long and humiliating history of losing it when President Donald Trump says or tweets anything about his show. While most reporters remain dignified, Varney has, on numerous occasions, stopped his show to point out that Trump tweeted about him.

Oliver's team put together a super-cut of the embarrassing moments. They began with the moment after Trump's 2019 State of the Union Address when he said that he would not stand for "socialism." While the rest of the world may have been rolling their eyes at the tired attack on the left, Varney confessed he stood up and applauded.

When Trump's son Eric joined the broadcast, Varney bragged about his father, "the president" occasionally mentioning Varney on Twitter. Eric Trump sat in either silent jealousy or genuine disinterest, it was unclear which.