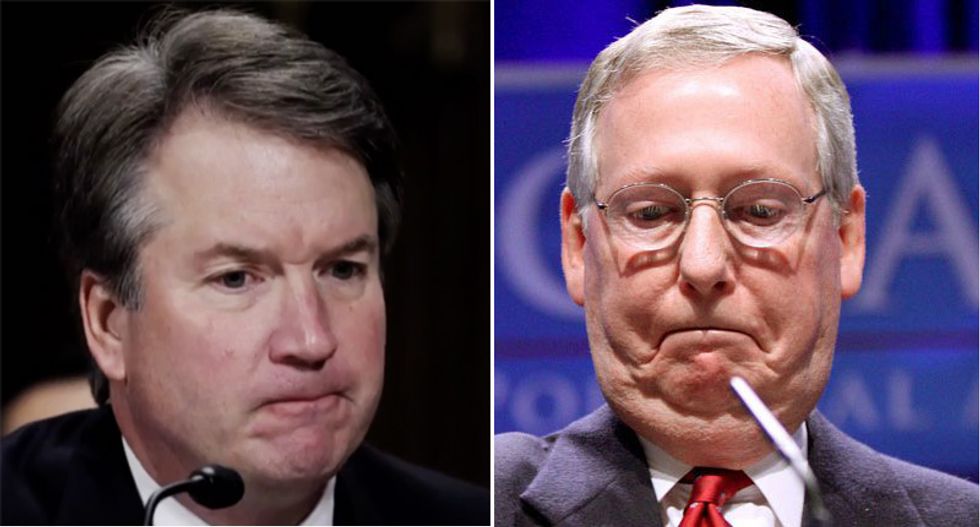 Calling into MSNBC's "AM Joy" on Sunday morning, Democratic presidential contender Julian Castro ripped into Supreme Court Justice Brett Kavanaugh as a serial sexual predator and said that Senate Majority Leader Mitch McConnell and the GOP are to blame for his being on the court.

Speaking with host Joy Reid, Castro renewed a call he made late Saturday night for Kavanaugh to be impeached over fresh allegations of sexual assault  before getting down to the heart of the matter.

"Do you believe there was misconduct in this case by the FBI and the Department of Justice or even by the senators who seemed uninterested in finding out of what really happened with this very brief investigation of Mr. Kavanaugh?" Reid asked.

"Based on this report, I absolutely believe that," Castro shot back. "In the least, I think Congress, the House of Representatives should immediately open up a review of that investigation of why that information was not followed up on by the FBI. Why it was not made available to Democrats on that committee. It is completely outside the bounds of the normal process of a nomination for the FBI not to follow up on those kinds of leads."

After agreeing with Reid's description of Kavanaugh as a "sexual predator" he was asked, "The implication of this New York Times story is that the Senate Judiciary Committee didn't encourage the information. Do you believe that any sort of investigation here should also include the Republican members of the Senate who seemingly wanted to rush through this nomination and get it done as quickly as possible?"

"I don't think any of them have clean hands," Castro replied. "Republicans were controlling the Judiciary Committee, Mitch McConnell, the FBI, [Attorney General ] Bill Barr, the DOJ, all of them. This information that we have very compellingly points to trying to cover up that evidence so it will not make the light of day or derail Kavanaugh's nomination."