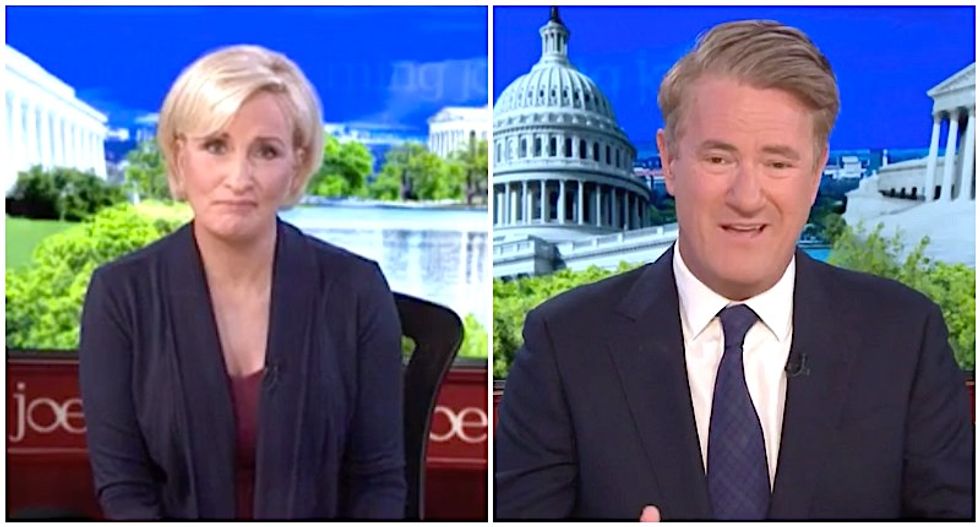 The "Morning Joe" co-hosts ripped Julian Castro's debate attacks on Biden's memory, with the implication that he's too old and feeble to serve as president, but then Scarborough made fun of the former vice president's puzzling comments about playing records for children.

"He helped himself with the Brooklyn crowd," Scarborough said. "The fact that Biden is going old school and he's an audiophile, he's back to vinyl, like, dude, that's back to the future in the coolest way."

But he said the comment made Biden seem even older when he illustrated his reference to records with hand gestures that described an antique Victrola player.

"I'm glad he didn't get to the top of the hand signals and say let's listen to it, you tell me, whether he's trying to make that Victrola symbol with his hands here," Scarborough said.

Biden was asked about reducing inequality in schools, and he suggested that parents play records at night so their children hear more words to help build their vocabulary, and Brzezinski said she understood the reference.

Scarborough suggested their show would have a new regular segment comparing baffling remarks by Trump and Biden.

"Well, that's what he was saying, that it was just her son," Brzezinski said. "That's just what he said."

Scarborough paused for a moment, and said he wanted to get back to Biden.

"I don't know exactly what you're saying," he said.