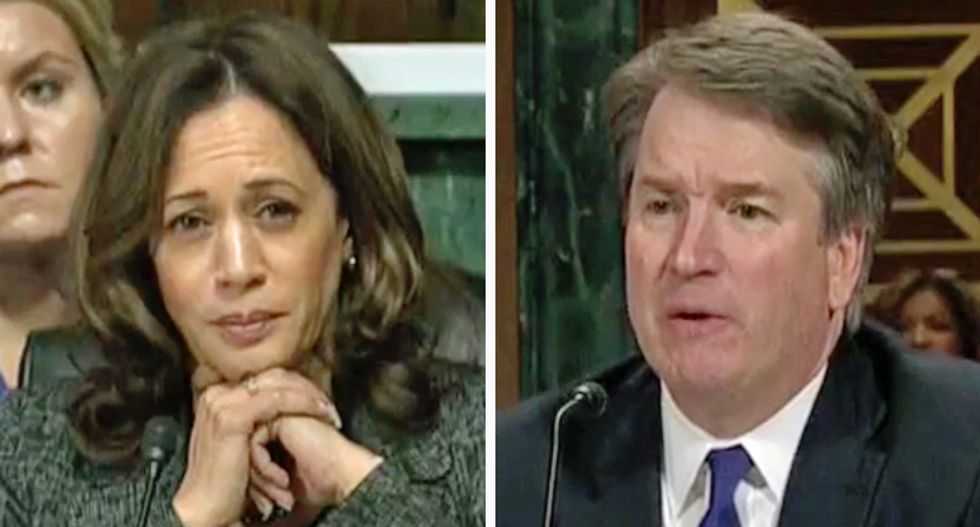 In a blunt tweet issued on Sunday morning, Democratic Presidential contender, Sen. Kamala Harris (D-CA) accused Supreme Court Justice Brett Kavanaugh of lying to the U.S. Senate during his confirmation hearings and said he must be impeached.

Following a New York Times report outlining credible allegations against Kavanaugh, with a witness accusing him of assaulting a fellow college student, Harris said the evidence presented should disqualify him from being on the bench.

"I sat through those hearings. Brett Kavanaugh lied to the U.S. Senate and most importantly to the American people. He was put on the Court through a sham process and his place on the Court is an insult to the pursuit of truth and justice. He must be impeached," she tweeted.