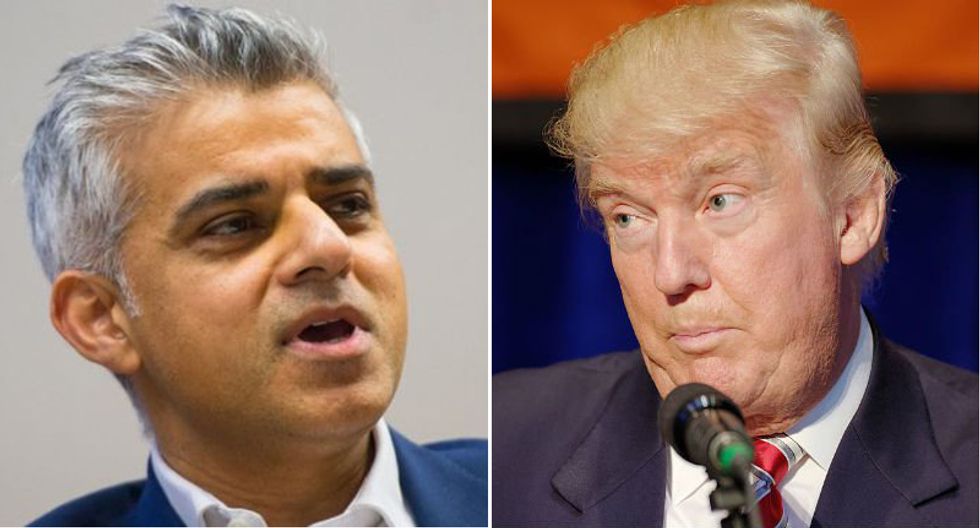 According to a report from Politico, London Mayor Sadiq Khan got off a sarcastic jab at Donald Trump for canceling his trip to Poland, ostensibly because he chose to stay at home and monitor preparations from Hurricane Dorian.

From the golf course.

Speaking with Politico, Khan -- a frequent critic of the American president -- was asked about the cancellation of Trump's trip to Poland to commemorate the 80th anniversary of the start of World War II.

Noting the president has been out golfing all weekend, Khan sniped at the president, saying, "He’s clearly busy dealing with a hurricane out on the golf course.”

Khan went on to attack Trump for emboldening racists in the U.S. and abroad.

“These people have been inspired by mainstream politicians who subscribe to their point of view,” Khan explained. Trump “is a guy who amplifies racist tweets; amplifies the tweets of fascists; says things that are deeply objectionable. If I don’t stand up and call that out I think I’m doing a disservice to Londoners who chose me as their mayor.”