'Lord God, let us live, I beg You': Renia Spiegel, 'Poland's Anne Frank', gets her due 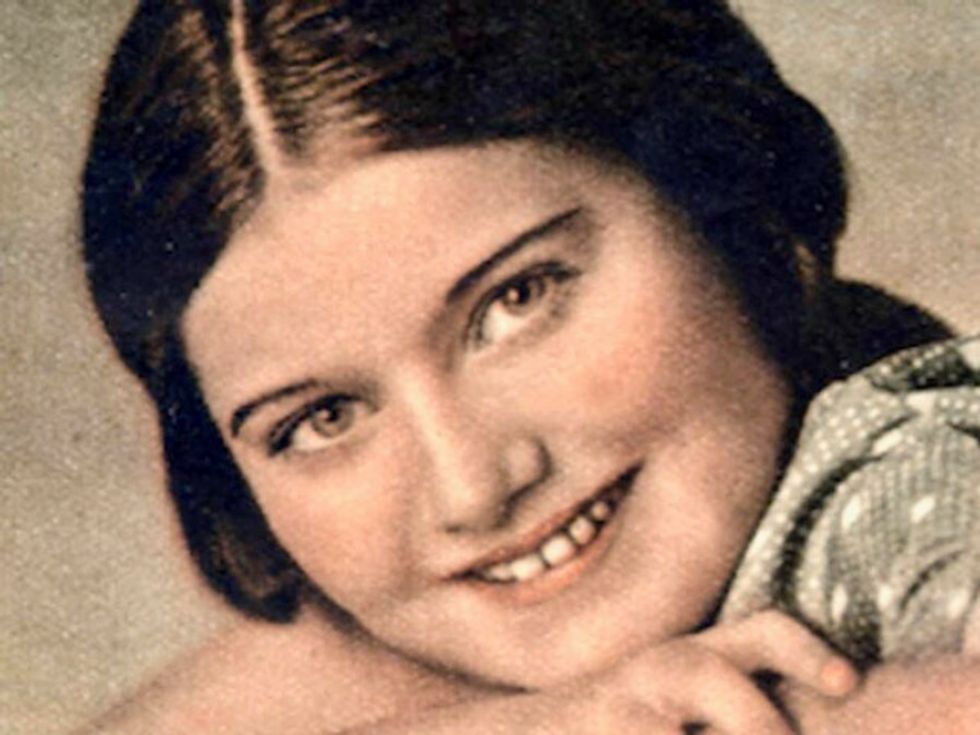 Barely a year after celebrating her first kiss, wartime Jewish teenager Renia Spiegel took to her diary in June 1942 to pray for her life.

The Nazi Germans had just killed all the Jews in one district of her southern Polish town of Przemysl, requiring many to dig their own graves.

"Wherever I look, there is bloodshed. Such terrible pogroms. There is killing, murdering," Spiegel wrote on June 7.

"God Almighty, for the umpteenth time I humble myself in front of You, help us, save us! Lord God, let us live, I beg You, I want to live!"

A month and a half later, the 18-year-old's boyfriend Zygmunt Schwarzer, who although Jewish too had a work permit saving him from immediate deportation, hid her and his parents in an attic outside the Jewish ghetto.

But an informant gave them away.

Schwarzer reported her death in a chilling coda to the journal: "Three shots! Three lives lost! It happened last night at 10:30 pm... My dearest Renusia, the last chapter of your diary is complete."

The diary survived and now, after nearly 80 years including decades in a bank vault, it will be published around the world.

"Renia's Diary" came out in English this month and will be republished in Polish next year. Some 15 translations are in the works.

Spiegel is being called "Poland's Anne Frank", after the young diarist who wrote while hiding in an Amsterdam attic and was also killed in the Holocaust.

Spiegel began her diary in 1939 when she was 14 and living with her grandparents while her mother was in Warsaw promoting her younger sister, a child star known as Poland's Shirley Temple.

Spiegel filled around 660 pages of notebooks sewn together with longing for her mother, daydreaming about green-eyed Schwarzer and dozens of poems, plus sobering passages about the Soviet and Nazi occupations of Przemysl.

She ends almost every diary entry calling on her mother and God for help, like a mantra.

Her sister survived thanks to her best friend's father, who took her from Przemysl -- where she had become trapped due to the occupations while visiting Renia and her grandparents -- by train to Warsaw.

"My life was saved because of a good Christian. Under penalty of death, he took me as his own child to my Mom," Elizabeth Bellak, now 88 and living in New York, told AFP.

She was later baptized, and when a German officer fell in love with her mother, they were sent to a safe place in Austria, emigrating to the United States after the war.

Schwarzer also survived, despite being sent to the Nazi German death camp Auschwitz-Birkenau -- where, he has recounted, he was inexplicably picked out by the infamous doctor Josef Mengele to be allowed to live -- and a bout of typhus.

In the 1950s, he tracked down Spiegel's mother in New York and returned the diary.

"She was shocked. But she could never read it... You know, for a mother to lose her child," Bellak said, adding that she herself had only read parts because it was "too heart-wrenching."

After her mother's death, Bellak put the thick tome in a safe-deposit box where it languished for decades, only seeing the light of day when Bellak's daughter dug it out.

"My name is Alexandra Renata (Bellak). So I was named after this mysterious person I never got to meet... I was just curious about my past," the 49-year-old real-estate broker told AFP.

They approached New York-based Polish filmmaker Tomasz Magierski with the diary, and he agreed to dip into it out of politeness.

"The sad thing about this diary is... you know how it ends. But you read this thing and you hope it will somehow have a different outcome."

He was struck by the poems. In one about a German soldier, Spiegel displays empathy for the enemy: "I curse the thousands and millions / And for the one wounded, I cry."

Magierski made a documentary film about the sisters, entitled "Broken Dreams," and with the Bellaks got the diary published in Poland a few years ago through their Renia Spiegel Foundation.

This month, the two Bellaks and Magierski attended the film's Warsaw premiere.

Audience member Krystyna Shmeruk said that she "enjoyed reading the diary entries about her first love... She writes as if the war and its horrors weren't happening. She wants to live."

Shmeruk also grew up in Przemysl and often passes the attic where Spiegel spent her final days.

"Every time I walk by there, I think of Renia... Had she lived she could have been a great writer or poet," the 63-year-old told AFP.

Over the film's closing credits, a young actress sings one of Spiegel's poems: "When your worry goes to sleep / don't wake it up. / Be happy, laugh and smile. /It only lasts a short while."

Watching from her seat, Elizabeth swayed a little to the music and smiled, but then began to cry. Alexandra put her arm around her mother and held tight.

"Nationalism, populism, anti-Semitism. All these -isms are coming back again. And we don't want the repeat of millions of people dying," Elizabeth told AFP.

"Do you know some people never believed it happened?