Manufacturing CEOs lash out at Trump as economic uncertainty takes its toll: 'Exhausting and demoralizing' 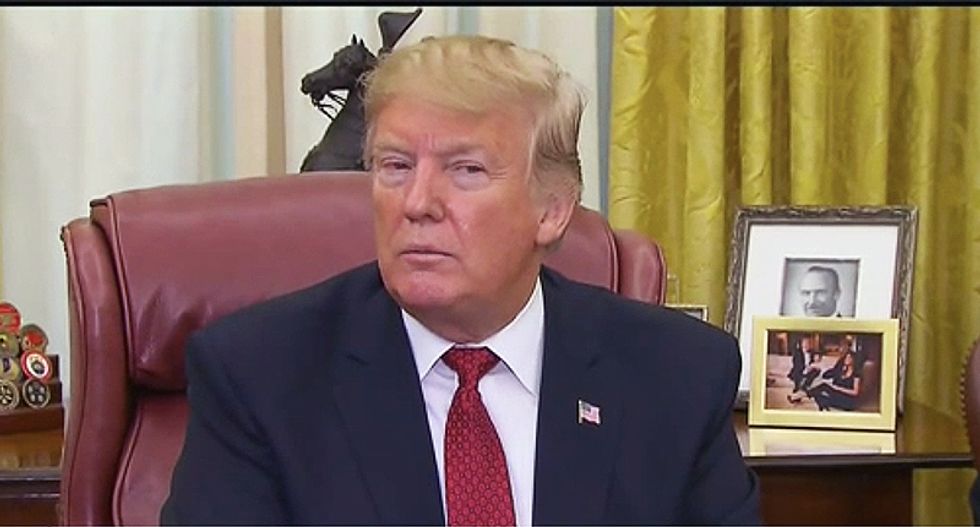 American business leaders' patience with Donald Trump's trade war with longtime U.S. trading partners is wearing thin in the manufacturing sector, with company CEOs and supply-chain managers lamenting they are unable to make long term plans out of fears of what the president will do next.

According to a wrap-up by Axios, the ongoing tariff war with China -- as well the president's demand that companies move their manufacturing back to the U.S. or to other off-shore countries -- is causing CEO's to increasingly speak up and question what Trump is trying to achieve -- besides create chaos in the markets.

According to the report, "Uncertainty about a handful of unprecedented phenomena — like the grinding trade war with China, the peripatetic Brexit debate, and President Trump's government-by-tweet — is inflicting pain on the global economy."

"The lack of corporate dollars being spent on factories, software or new equipment dragged down economic growth in the 2nd quarter. Business investment fell 0.6% — the first drop in 3 years," Axios reports before noting, "Everyone is stymied over how to make financial or investment plans for the future, because the rules keep changing by the day."

Axios states that the question over what will happen with China is lingering over corporate decisions, reporting: "Businesses don't know what to do about their operations in China, how to price their products and source their materials. And they don't know how consumers will react to higher prices during the all-important holiday season."

As Best Buy's newly-installed CEO, Corie Barry, put it, "There is no precedent for this, and there are a lot of moving pieces," with Target head honcho Brian Cornell agreeing and telling investors, "As long as the trade situation remains fluid, it will present an additional layer of uncertainty and complexity as we plan our business.”

Appearing on CNBC, another manufacturing CEO said he doesn't know where to move his manufacturing because that country could be next on Trump's list.

"As soon as ... we start to move, he’s going to put a target on somebody else’s back, and where do we go from there?” explained Jay Foreman who heads toymaker Basic Fun.

Small business owners, who have little economic cushion, are in an even bigger bind that extends to tariffs already put in place.

"How much should mom-and-pop companies raise retail prices? Should they seek out different suppliers? Are they going to have enough to pay employees?" Axios reports with Susan White Morrissey, founder of clothing brand White + Warren telling the Wall Street Journal: "It’s overwhelming. It’s exhausting. It’s demoralizing.”

Not to be left out, Wall Street money managers are also learning to keep an eye on Trump tweets --that can roil the market -- as much as their own research.

"You have to deal with a president who is constantly making tweets that have effects on the market,” explained hedge fund CEO Marc Lasry of the Avenue Capital Group. “There’s a perception that everything is fine, and then that perception is shattered when the president announces he’s going to change the tariffs.”

You can read more analysis here.