Meghan McCain erupts after View co-hosts agree with Schiff on impeachment: ‘He doesn’t need you! He needs me!’ 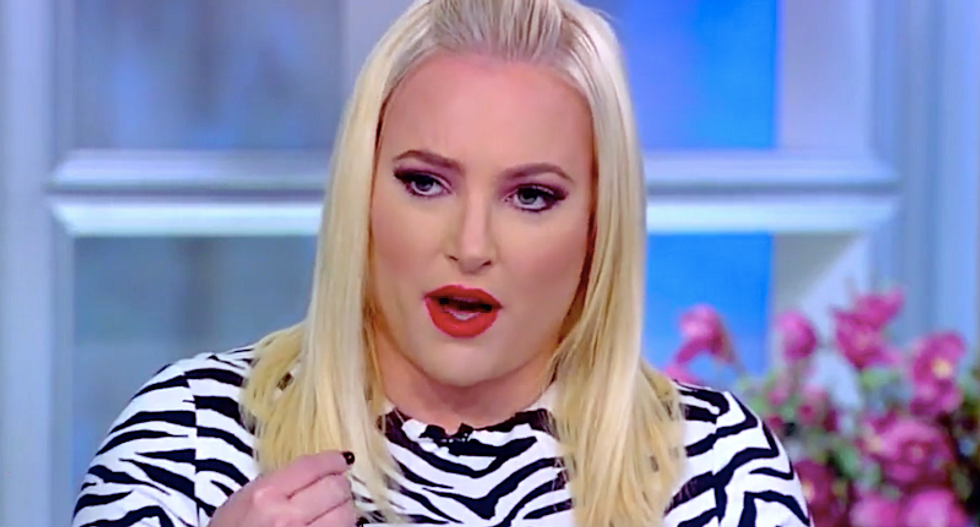 The California Democrat has drawn mixed reviews of his decision to paraphrase President Donald Trump's conversation with Ukraine's president Volodymyr Zelensky, which Schiff recast as a mob boss shaking down a hapless victim.

"I think if you have to say it's a parody, you're doing it wrong," McCain said. "When you're opening up inquiries about -- this is not a time for parody at all."

McCain conceded she shared the president's disdain for Schiff, a former federal prosecutor.

"I can't stand Adam Schiff," she said. "I think he's the worst kind of partisan in Washington. I think they should have a Joe Manchin running this, someone that conservatives are more comfortable with, because he has proven himself to be a partisan hack over and over."

Manchin, a West Virginia Democrat, is one of the most conservative Democrats in the U.S. Senate, which won't make any decisions regarding impeachment until the House votes to do it.

"With all due respect," McCain said, chomping down on Hostin's bait, "you're on the left, I'm on the right. I'm telling you, I don't trust him."

Co-host Joy Behar asks who she would trust to run the House impeachment efforts, and she again named the conservative Manchin.

"Oh, he's in the Senate," Behar said. "Manchin is a Republican."

McCain said she knew Manchin was a senator, but said she would prefer "someone in that vein."

"The point I'm trying to make is, I don't trust Adam Schiff," she said. "I'm the last hold out on this table, as usual, about impeachment, on all things. They should have someone up there not making a parody about it, not have to clarify themselves in any way, someone who's very serious and is going to lay it out to conservatives, Democrats and Trumpers in the middle of the country who are confused, who don't want a redo of the Mueller and the Russia investigation."

Hostin suggested she was overreacting to Schiff's paraphrase, saying the Intelligence Committee chairman had been a serious investigator throughout the Russia probe and other congressional oversight duties.

Huntsman shouted out that Schiff had no credibility, and McCain yelled that he was on the left.

"Adam Schiff is the man," Hostin said. "He is fantastic."

The audience cheered her praise, and McCain jumped in for the last word.

"With all due respect, again," McCain said, "he doesn't need you, he needs me. For the final time, these guys don't need anybody at this table except me to believe them."