More chores for Amazon's Alexa -- and a new celebrity voice 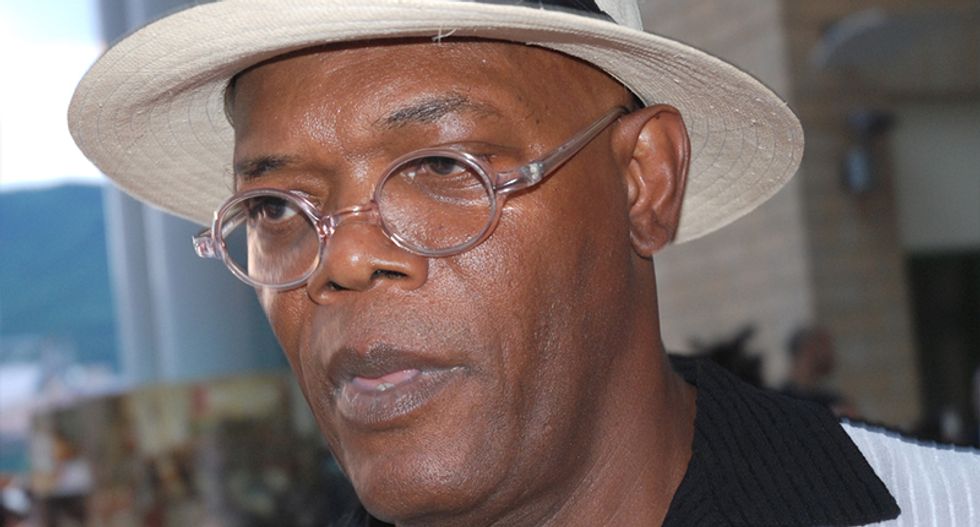 Amazon unveiled a lineup of new Alexa-powered products on Wednesday extending from homes and cars to wearable devices, and a celebrity voice option for the popular digital assistant.

Alexa has been tweaked using machine learning to speak more like a person, and will offer celebrity voices -- with the first being star actor Samuel L. Jackson.

In a product launch in Seattle, Washington, Alexa was the star as Amazon sought to widen the reach of its digital assistant powered by artificial intelligence amid a battle with rivals from Google, Apple, Microsoft and others.

The celebrity voice option from Amazon follows a similar move by Google, which gave users the option of hearing celebrity singer John Legend on the Google Assistant last year.

Along with beefing up the Echo and Ring lines, Amazon introduced earbuds it touted as providing the first wearable, hands-free Alexa experience on the go. The $130 wearable devices will work with Google or Apple smart assistant software already on smartphones, according to Limp.

The Amazon voice assistant was also infused prototype eyeglass frames on display at the media event along with an enhanced array of Echo smart speakers.

"It's not just the Amazon products, it is the more than 80,000 'Made for Alexa' products offered by partners."

The company also pledged to make user privacy a priority, responding to fears about how voice data is collected and used by technology companies.

"Privacy is foundational to everything we do around Alexa," Limp said as he unveiled devices launching for the year-end holiday shopping season.

Later this year, Amazon will add a "Home Mode" feature to its Ring smart cameras that will stop the devices from recording any video or audio until directed otherwise.

Amazon added the ability to ask the voice-commanded digital assistant why it did something, or to reveal what it has heard. Alexa also got a feature that has it automatically delete voice recordings at specific intervals.

"If you invite an always-listening, cloud-driven artificial intelligence into your life, you are going to encounter some privacy issues," said Techsponential analyst Avi Greengart

"It's Amazon's responsibility to mitigate them as much as they can; it was good to see some of the initiatives they rolled out."

Because people so often ask for the time, Amazon introduced a version of its Echo Dot smart-speaker with an illuminated clock.

Alexa was also enhanced with the ability to tell when people are frustrated with her and try to make nice with the those issuing misunderstood commands.

A new Echo Studio with sophisticated, rich sound quality was added to the lineup for $200, along with new Ring home cameras and small Alexa devices that are plugged into outlets to extent the digital assistant's realm.

Amazon also announced a "Certified for Humans" program that identifies devices that people without tech skills can set up and use without hassle.

Limp provided a glimpse at "Amazon Sidewalk" technology the company is working on to extend WiFi or Bluetooth signals beyond the walls of homes to reach gadget in yards or even pets gone astray.

"That means Amazon alone is contending for a wider footprint in the smart home than any other player."