MSNBC contributor roughed up and arrested by DC police at the network’s climate forum: report 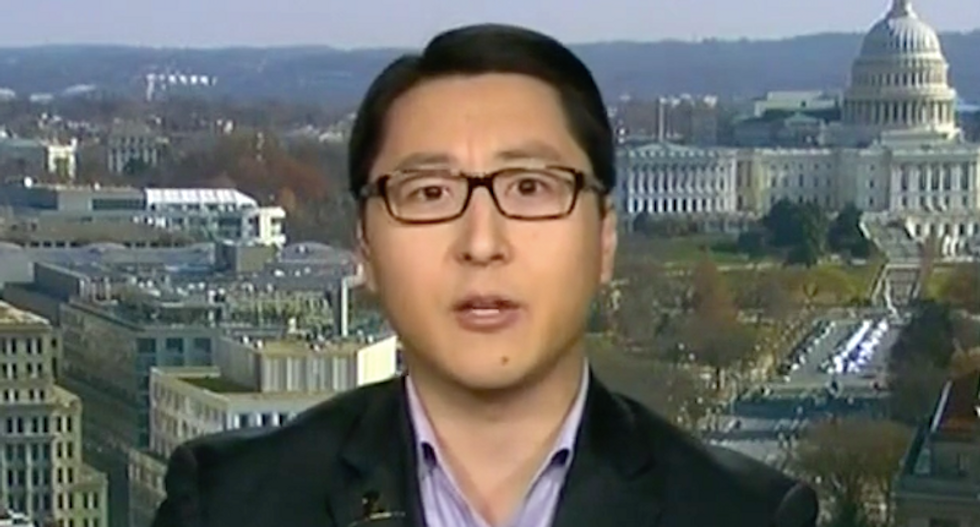 MSNBC pundit Kurt Bardella was arrested on Thursday at the network's Climate Forum at Georgetown University.

"Well-known political strategist and pundit Kurt Bardella was arrested ... after getting into an altercation with a Georgetown University police officer who tried to bar him from entering a forum featuring 2020 presidential candidates," The Daily Beast reported Thursday. "The Metropolitan Police Department confirmed to The Daily Beast that the Republican operative-turned-Democratic pundit was arrested early Thursday morning after getting into a brief physical dispute with a campus police officer in a stairwell at Georgetown University."

"Bardella, a political strategist and contributor for USA Today and NBC News, was attempting to enter Georgetown’s presidential forum on climate change hosted by MSNBC and Our Daily Planet, an environmental news outlet founded by Bardella’s wife Miroslava Korenha," The Beast reported.

Bardella told his side of the story on Twitter.

Eventually - I am handcuffed and arrested and eventually taken to the local station. After an hour of processing I… https://t.co/2zrrdylEAB
— Kurt Bardella (@Kurt Bardella) 1568936964.0

I find myself thinking about those officers screaming at me to not “resist” when I wasn’t. Why were they yelling t… https://t.co/Bs9xmph3DQ
— Kurt Bardella (@Kurt Bardella) 1568936964.0