MSNBC's Joy Reid drops mic on GOP for siding with the NRA over Americans: 'Choose guns or our kids' 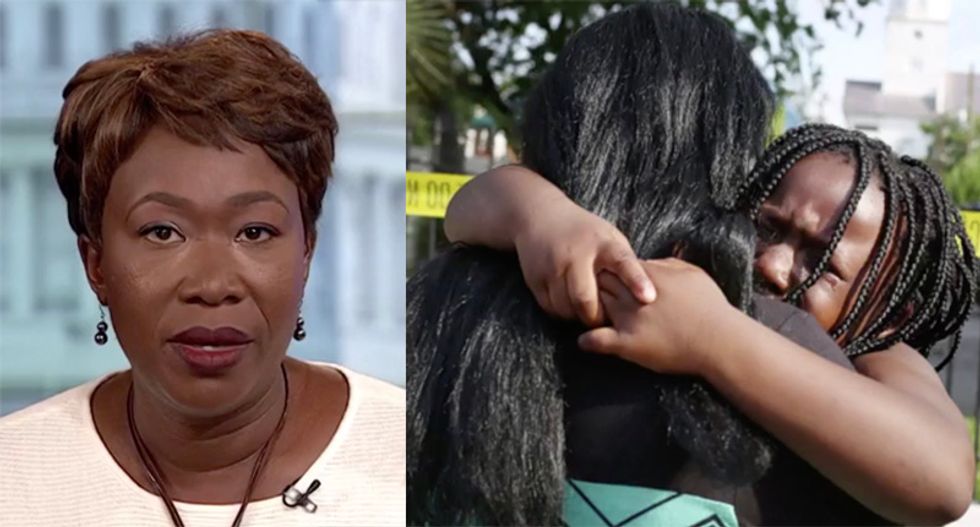 In an editorial commentary closing Sunday morning's "AM Joy," MSNBC host Joy Reid laid it on the line for Donald Trump and fellow Republicans when it comes to guns, saying it is time to choose between the NRA or, at the very least, children who could be the victims of gun violence.

Addressing the latest mass shooting Texas -- which has claimed seven lives so far -- Reid made mention of America's epidemic of assault weapon-related violence as well as a history of how laws have shifted and been undercut bt Republicans in the thrall of the NRA.

Which brought her to the massive uptick of shooters using assault rifles that Republicans have no intention of banning.

"America is a nation that is full of guns," she explained. "And where one political party is beholden and obedient to the gun dealers. But we do not have to be. At some point we have to decide, which we love more: the guns or our lives. The guns or our freedom to be in public or in school or at church or at a synagogue or at a mosque without feeling constantly terrified."

"The guns or our kids? " she asked. "We don't have to keep living like this."