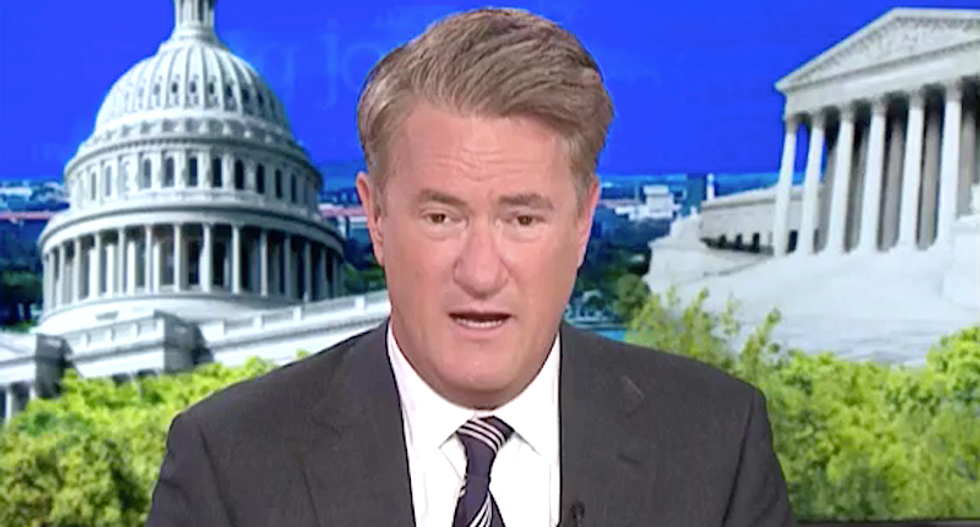 This month has seen Vice President Mike Pence stay at Trump's golf course in Ireland, more than 150 miles away from his official business in Dublin, and the U.S. Air Force has opened an investigation of flight crews staying overnight at the president's Scotland resort, and the president plans to host next year's G7 summit at his struggling Doral, Florida, golf course.

The "Morning Joe" host said Trump's entire presidency seemed to be based on grift.

"It goes back to how you can explain everything in his foreign policy or just about everything as it pertains to money," he added, "whether it's Russia and his son saying that before in the White House they got most of their money from Russian investors. Or, my gosh, Saudi Arabia. Why does he have such a close relationship with Saudi Arabia when the rest of the world has turned away from Saudi Arabia?"

Scarborough said the answer was clear.

"Not only did they put on that outrageous display for them when he visited Saudi Arabia, but also Donald Trump bragged, he bragged in the 2016 campaign, that the Saudis had given him hundreds of millions of dollars," he said. "So it all comes back to money."

"Americans are struggling and Donald Trump's just using his position and power to get richer in a way that violates the Constitution," he added.