National weather staff 'worried they won't be able to do their jobs' after Trump demands report change: Former NOAA chief 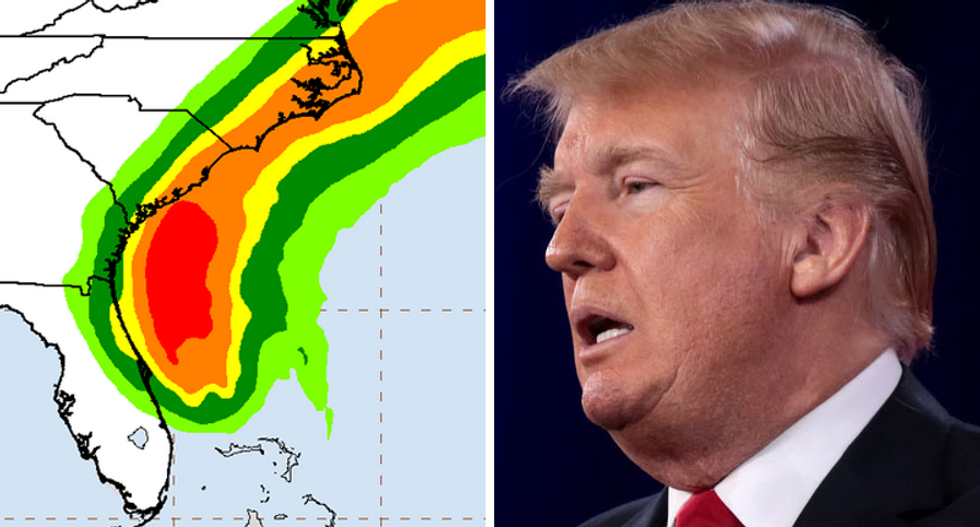 Former NOAA Deputy Administrator Monica Medina said that staffers at NOAA and the National Weather Service have largely been spared from President Donald Trump's war on science. That ended this past week when Trump incorrectly tweeted out an outdated forecast that predicted Alabama would be seriously harmed by Hurricane Dorian.

The Trump administration has censored scientific findings that run in conflict with its political ideology since taking office. Medina noted that anything weather-related has gone unscathed in large part because it's hard to lie about the weather, but also because it's illegal to do so.

"The first is that this was unprecedented. In modern times we haven’t had a president or political apparatus around the weather forecasters actually lean in and try to get them to change a forecast, much less have a president change it after the fact," said Medina. But that's exactly what Trump did. "So, that was really remarkably bad, and disturbing to me as a former person in that agency who worked hard to keep the integrity of the science intact. Secondly, I think the agency itself is now in a tailspin. There are a lot of people there very concerned about this kind of pressure and worried about it happening again. And everyday forecasts are pretty routine and run of the mill, but in an emergency, that’s when you have to have complete confidence and what the weather forecast office did in Birmingham was completely normal and what they should have done, which was to correct the forecast so that the right information was going out to people and they either didn’t over-prepare or underprepare for a storm."

She then explained that those scientists at NOAA and the NWS are now working scared. At a time when Trump is controlling the government, is it now possible that national disaster truthers will emerge to claim tornadoes, hurricanes, floods and fires never happened or were "false flags" by the "deep state?"

"They are worried. They are feeling the pressure," Medina explained. "I started Our Daily Planet because we were hearing these stories from the government from other agencies. Up until now, NOAA had been relatively unscathed and hadn’t felt pressures to change the science or feel like their job was at risk if they did what they were supposed to do, what the statutes, the law tells them to do. And now I think they’re worried they won’t be able to do their jobs effectively. Which is why one of my successors said he couldn’t imagine how leaders would stand up in front of the agency and look them in the eye after having told them not to take on the president."