Over half of Europe's endemic trees risk extinction: experts 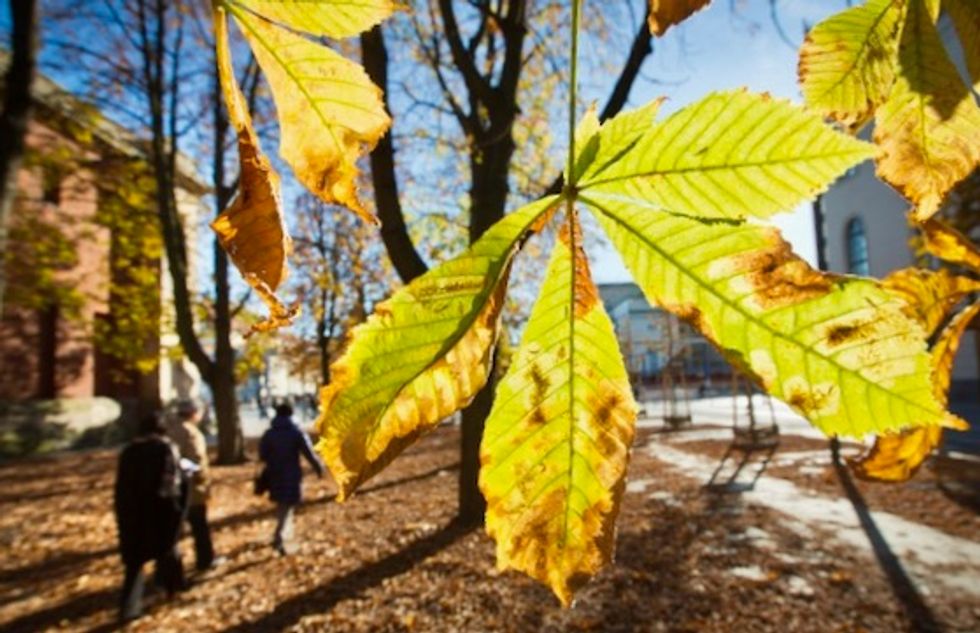 The iconic horse-chestnut, or conker tree, is now vulnerable following significant declines across Europe, according to experts DPA/AFP / MICHAEL KAPPELER

The International Union for Conservation of Nature (IUCN) said out of the 454 tree species native to Europe, 42 percent could disappear from the continent.

And a full 58 percent of the tree species endemic to Europe -- meaning they only exist on the continent -- were now considered threatened with extinction, the IUCN said in an update to the tree section of its "Red List" of threatened species.

Even more worrying, the update found 15 percent of them, or 66 species, were considered "critically endangered", or just a step away from going extinct.

The report comes amid a growing sense of urgency to address global environmental degradation, with fires raging in the Amazon, and following UN warnings in May that climate change, habitat loss and other factors are pushing one million plant and animal species to the brink of extinction.

The IUCN described the development for Europe's tree species as "alarming", saying pests and diseases were especially fuelling their decline as well as invasive plants introduced by humans.

"Trees are essential for life on earth, and European trees in all their diversity are a source of food and shelter for countless animal species such as birds and squirrels, and play a key economic role," Craig Hilton-Taylor, who heads the IUCN Red List Unit, said in the statement.

He called for a concerted effort "to ensure their survival", stressing in particular the need to integrate the threatened species into regular conservation planning and land management.

The some 170 tree and shrub species in Europe that belong to the Sorbus genus, within the rose family, have been particularly affected, IUCN said, warning that three-quarters of them, including the Crimean Rowan and Mountain-ash, were threatened.

IUCN said that the iconic horse-chestnut, or conker tree, had been assessed as vulnerable following significant declines across Europe.

This was mainly due to the leaf-miner moth -- an invasive species that originated in the Balkans but which has rapidly spread throughout the continent -- as well as logging, forest fires and tourism, it said.

While great attention is often paid to the decline of so-called charismatic species, like the African elephant or rhinos, IUCN stressed the need to heed developments in lesser-known species and include them in conservation planning.

The Red List's European edition evaluated the status of many lesser-known species for the first time.

It found nearly half of all shrub species in Europe were threatened with extinction, as were a fifth of terrestrial mollusc species like snails, and bryophytes species, which are non-vascular plants that include moss.

IUCN said while such species are often overlooked, they are crucial to ecosystems that provide us with the food we eat and the air we breathe.

Terrestrial molluscs play a key role in soil regeneration, and are an important food source for birds, mammals and at least in France and Italy, humans.

Nearly all of Europe's snails are endemic to the continent, meaning that if such species are lost "they are lost forever," said Eike Neubert of IUCN's Mollusc Specialist Group.

Luc Bas, who heads IUCN's Europe office, meanwhile warned that "the impact of human-led activities is resulting in population declines and a heightened risk of extinction of important species across Europe."

The report, he said, shows "how dire the situation is for many overlooked, undervalued species that form the backbone of Europe's ecosystems and contribute to a healthy planet."

"We need to mitigate human impact on our ecosystems and prioritise the protection of these species."