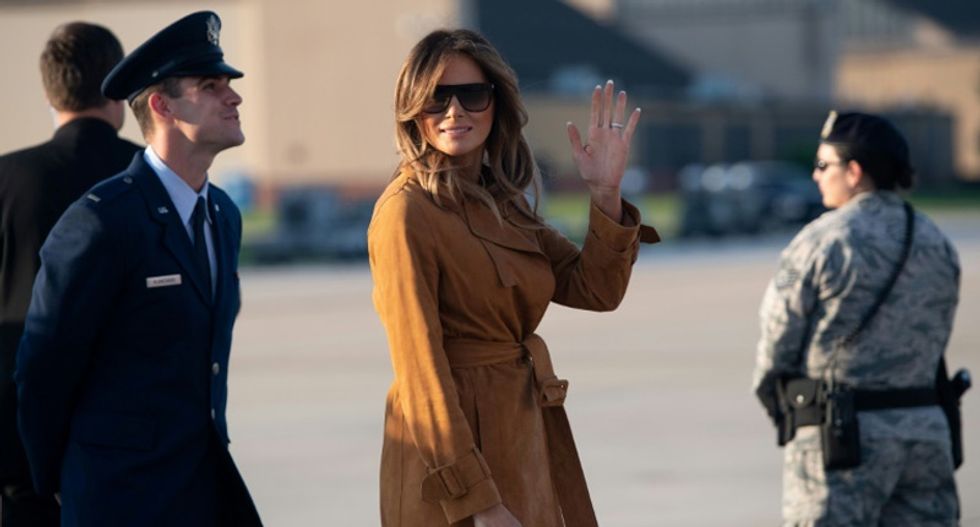 Parents at a United Nations school are objecting to their children being invited to the New York Stock Exchange with Melania Trump.

The White House invited 10 students to attend the daily bell ringing with the first lady, but some parents at the United Nations International School are furious their children might be used as political props, reported the New York Daily News.

“I am profoundly disappointed by the decision to accept this invitation,” said one UN worker and parent in a letter sent to a UN undersecretary-general.

That parent expressed concern, allegedly shared by others, the children's appearance with the first lady would signal an endorsement of the Trump administration by their school and community.

As evidence of the strong anti-Trump sentiment among UN families, the parent points out that the school organized grief counseling and other activities to help students cope with President Donald Trump's election win nearly three years ago.

“The sentiment is extremely strong,” the parent wrote.