Pentagon officials are allowing Trump to 'profit off of the military': Politico reporter 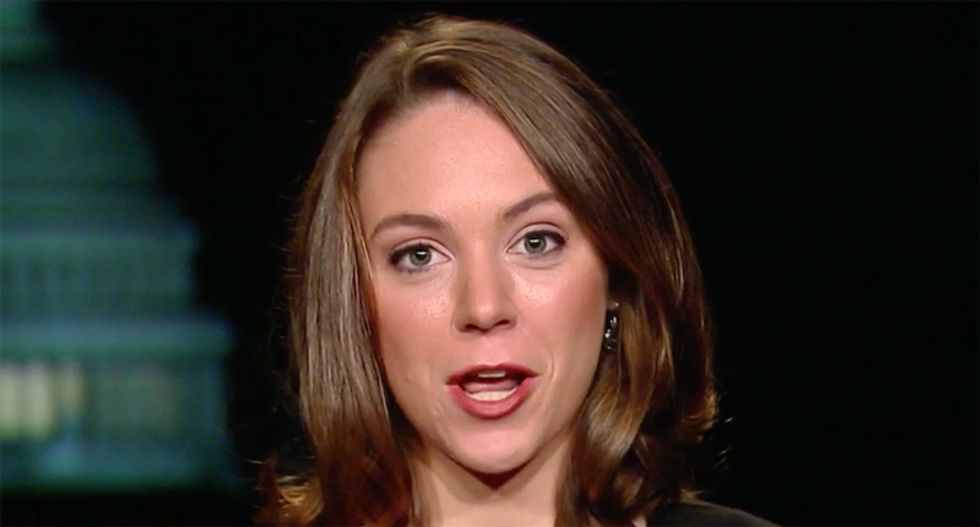 On Saturday, Politico's Natasha Bertrand spoke with MSNBC's Joy Reid about her new reporting that Air Force transports made unusual stopovers at the Trump Turnberry resort in Scotland, as the resort gained $3 million in revenue in 2018.

"How unusual is it for a military transport to stop at a private hotel, any private hotel, rather than like Ramstein Airbase in Germany and the other official military bases where they stop?"

"Very unusual, Joy," said Bertrand. "[Trump Turnberry] made about $11 million off of U.S. military expenditures, off of the fuel that they're selling to the U.S. military, and that really is kind of at the heart of all of this, because the airport is really necessary in order to keep Trump's resort afloat, because the nearest airport other than that tiny airport is about an hour and a half away in Glasgow."

"So what we're seeing is not only are they using the airport in order to boost both the airport itself for the Scottish government and also Trump's resort about 30 miles away," said Bertrand. "They're also sending the crew that go there to refuel overnight to stay at Trump's resort, which then puts even more money into the pocket of the president, because the military is having to pay for the per diem allowances for food and drinks and the rooms themselves."

"Per your reporting, was Prestwick Airport doing well financially before Donald Trump started using it instead of the airport they would normally use?" Joy pressed.

"No, it's been struggling financially for years," said Bertrand. "It was bought by the Scottish government in 2013 for one pound because it was essentially going into bankruptcy. The Scottish government considered selling it as recently as June of this year, because it was still struggling financially, but it has seen a boon from these expenditures that the U.S. military is spending on fuel at the airport, and it's kind of keeping the airport afloat."

"What we're seeing, though, is that the crew members are kind of confused by what's going on, because they've never before had to make this stop in Scotland, let alone in the United Kingdom at all," added Bertrand. "Usually it's Spain or Germany or the Azores or Italy, where they stop to refuel, but never before have some of these crews ever stopped at this tiny airport in Scotland, let alone at this tiny airport, so they are kind of baffled by this, which is why one of them blew the whistle and told a friend, and that is ultimately how we came upon this story."

"What we also saw is foreign governments might be exploiting this as well," added Bertrand. "We don't know whether militaries of foreign governments and foreign potential adversaries are trying to curry favor with the president by propping up his resort in Turnberry by landing at this airport, by spending money there. This is all kind of interconnected, and just because the U.S. military is doing it, doesn't mean that others aren't taking cues from that. Whereas the military should be setting an example here and not, you know, allowing the president to profit off of the military, what we're seeing is that they've actually just kind of gone along with this and we still don't know who approved it at the highest levels."