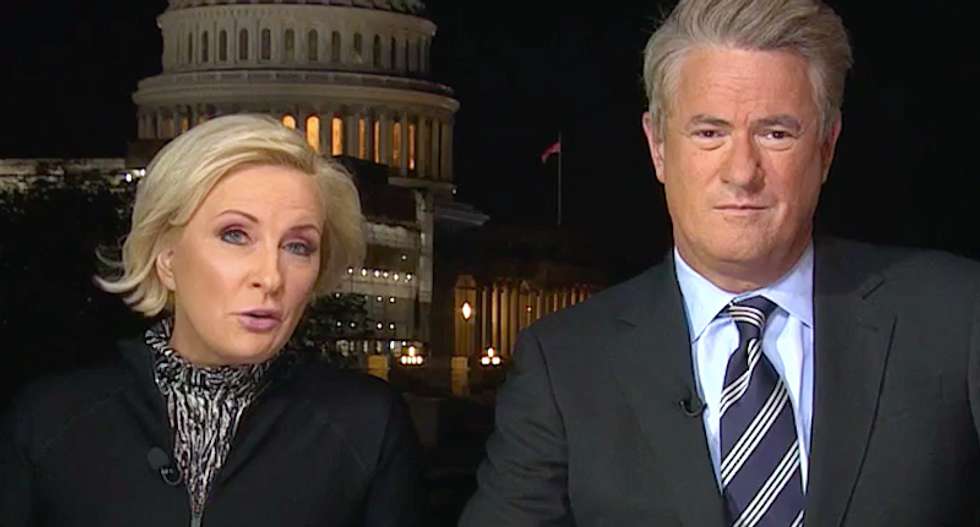 The "Morning Joe" co-hosts broadcast live Friday from Capitol Hill, where lawmakers have launched a formal impeachment inquiry -- and public opinion has dramatically shifted as bombshell revelations drop about Trump's scheme with the Ukrainian government.

"The political ground beneath the president is rapidly shifting," Brzezinski said. "A new poll that shows a 13-point swing (among Democrats) in favor of impeachment, coming just days after House Speaker Nancy Pelosi announced a formal inquiry."

A new Politico/Morning Consult poll shows support for impeachment jumped 7 points among all voters since last weekend, and an equal number of voters -- 43-43 -- back the impeachment inquiry, with 13 percent undecided.

"Almost 60 percent who supported impeachment," Brzezinski added, "said President Trump committed an impeachable offense, a record high. Half of Americans say they back impeachment, up 3 points since over two weeks ago, and an NPR/PBS NewsHour poll conducted on Wednesday also shows support among voters of the house impeachment inquiry 49 percent to 48 percent."

"We always look back either at the Clinton impeachment," he said, "or Richard Nixon's travails in '72, '73, and '74, and how long it took people to support impeachment. this is just a snapshot of the last two days. there's been a lot of revelations, things may cool off by Monday or Tuesday, but we never saw a shift like this back in '72, '73, and '74."

"The past two days have caused a political earthquake," Scarborough added, "and you look at the impeachment polls, a dramatic shift with Americans pretty much even on whether they support impeachment or not."