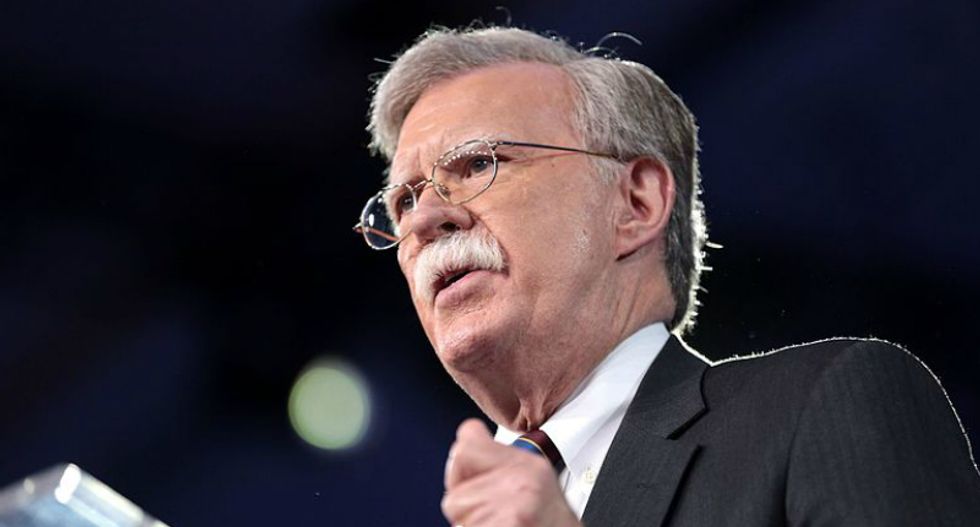 John Bolton, the fiery nationalist who served as President Donald Trump's national security advisor, was fired Tuesday due to disagreements over Iran, North Korea, and Afghanistan.

In a statement, the Council on Islamic American Relations celebrated the decision and said the group hoped for a more reasoned and rational replacement.

"The timing of this move is fortuitous given recent French efforts to facilitate dialogue between the U.S. and Iran," said Abdi. "Bolton was a major obstacle to any resumption of diplomacy and, now that he has been dismissed, the Trump administration should take proactive steps to enable dialogue and a diplomatic resolution with Iran."

"John Bolton threatened International Criminal Court judges and prosecutors for investigating the United States' war crimes in Afghanistan," said Dakwar. "He celebrated when victims of torture were denied the opportunity to hold their torturers accountable. He abdicated on our country's responsibility to its international human rights commitments. None of this was apparently disagreeable enough to the president."

According to The New York Times, Bolton had become increasingly sidelined in the administration:

His departure comes as Mr. Trump is pursuing diplomatic openings with two of the United States' most intractable enemies, efforts that have troubled hard-liners in the administration, like Mr. Bolton, who view North Korea and Iran as profoundly untrustworthy.

"I informed John Bolton last night that his services are no longer needed at the White House," Trump tweeted. "I disagreed strongly with many of his suggestions, as did others in the administration."

Yet Bolton, in a tweet, said that he offered to resign, a point the former official repeated in texts to news anchors covering the unfolding drama.

Bolton reaffirmed that version of events in a text to Fox News host Brian Kilmeade.

No matter how it happened, the news that the hawkish Bolton was out of the White House and away from the president's ear was welcomed by anti-war advocates.

Quincy Institute for Responsible Statecraft co-founder Trita Parsi rejoiced in the announcement, tweeting that the "chance of diplomacy went up" in the wake of Bolton's firing.

"Best news of this past few weeks, if not longer!!!!" said Parsi.

Paul Kawika Martin, the senior director for policy and political affairs at Peace Action, said that the choice to fire Bolton was one of the few Trump decisions that were acceptable.

"There's a few decisions of Trump's that I agree with: diplomacy with NorthKorea, end the Afghanistan War, and there's no place for someone like John Bolton anywhere near a president," said Martin.

Some Twitter users, like @UweBollocks, opined on the internal White House drama that could have precipitated Bolton's dismissal.

"Just keep thinking of Trump telling Bolton to shave his sideburns until he finally had to let him go," @UweBollocks tweeted.

"John Bolton wipes tears out of his matted mustache, lovingly stroking the framed illustration of dead Iranians he kept in his office as he packs it away into a singular cardboard filing box," Vigeland said.

While Bolton's future is unclear, a number of cynical observers made the prediction that the longtime right-wing advocate would continue to fail upward.

That was a point echoed by Daily Beast editor-in-chief Noah Shachtman. In a tweet, Shachtman referred to the impulse by the country's so-called "liberal" cable news network to feature anyone on the right who disagrees with the president.

Even if he doesn't make it on as a contributor, Splinter deputy editor Jack Mirkinson said, Bolton will likely be the subject of positive coverage at the channel going forward.

"Someone on 'Morning Joe' will be pushing for Bolton to primary Trump by morning," said Mirkinson.