Regretful Trump voter shocked by the ‘24/7 chaotic’ mess: ‘Never in my wildest dreams could I have imagined this’ 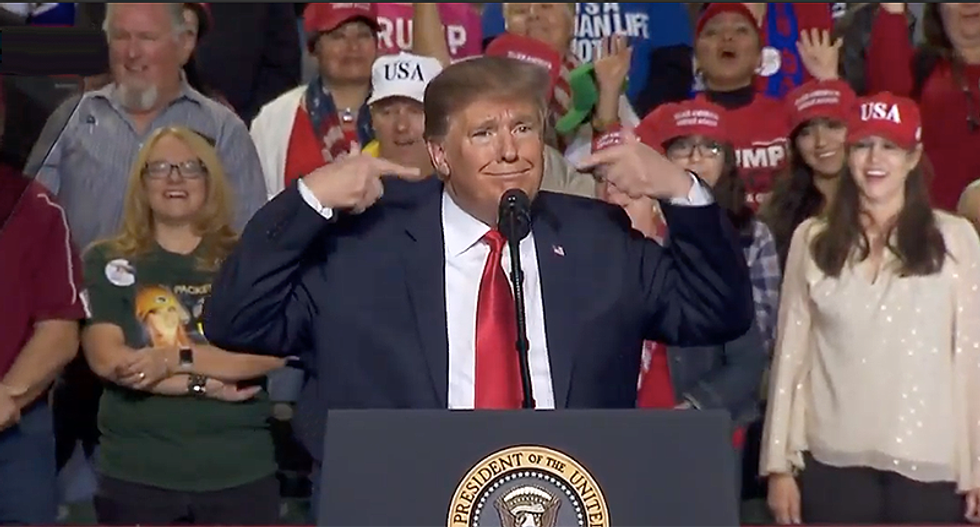 A Florida woman regrets her last-minute decision to hold her nose and vote for President Donald Trump.

Angela Ryan wrote a column for the Independent newspaper describing how she overcame her revulsion to Trump and mailed off her ballot before she could change her mind.

"Very near election day, Hillary Clinton was announced to be under investigation again by the FBI," she wrote. "Holy cow! That seemed pretty ominous to me. That was a game-changer. You can’t elect a president who is under FBI investigation, can you?"

Throughout the campaign, Ryan said she had been disgusted by Trump's "daily sideshow of bad behavior," and she waited for "serious-minded" Republicans to "stop the craziness" before the election, and she's been waiting for the system of check and balances to keep his presidency in check.

"I mailed my ballot in before I could change my mind," Ryan wrote. "I remember thinking, How bad could it be? There are guardrails, right? It’ll be fine!"

But she found things would become even worse than she imagined.

"I could no longer be blissfully unaware or uninterested in politics," Ryan wrote. "How can you ignore this administration’s 24/7 chaotic, frenetic sh*t-show? Every day is a new outrage, a new abuse, a new way to marginalize and divide people. Every day is a new level of lawlessness and self-serving greed."

"There are no guardrails," she added. "There are no checks and balances. Legal subpoenas? Trump says ignore them, or make up some bogus immunity claim. Trump and Barr spit in the face of our legal system as our elected leaders — Democrats and Republicans alike — refuse to hold this administration accountable."

Ryan reached her point of no return last summer, after the Trump administration implemented its family separation policy and the president capitulated to Vladimir Putin at the Helsinki summit.

"I’d taken for granted an America that was the world’s leading democracy, a believer in human rights and a nation that valued the melting pot that made us the envy of all," she wrote. "Never in my wildest dreams could I have imagined a presidency like this one."

"Trump and his party have lost this Republican," Ryan added. "I can’t imagine going back."