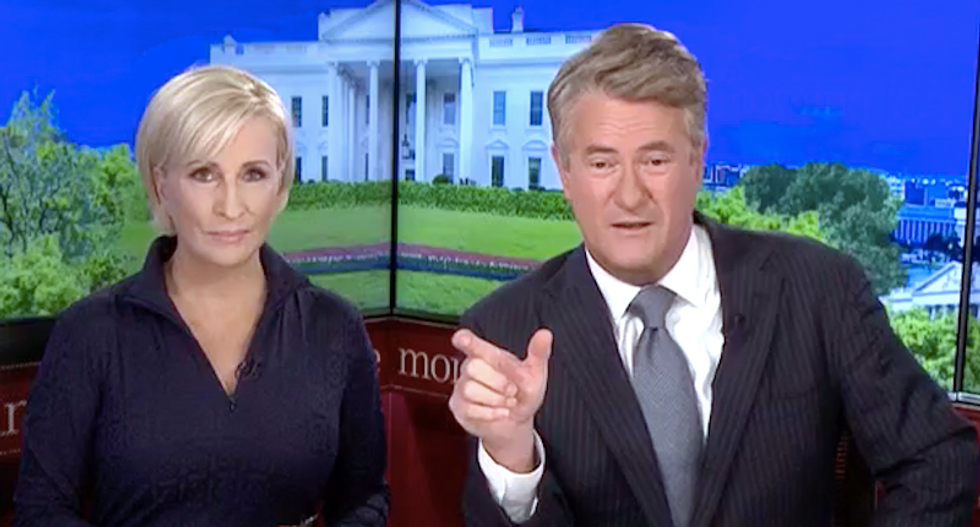 Public support for impeachment has jumped since revelations from the whistleblower complaint have shown Trump withholding military aid from Ukraine to pressure the foreign government to help his re-election campaign, and the "Morning Joe" hosts said GOP lawmakers have kept themselves in the dark.

"We've actually had anecdotal evidence talking to Trump supporters who are all in, all in, until now -- that's not okay," Brzezinski said. "Why, Joe? Because with the Mueller report, it was 400-plus pages, it took a long time. It was easy to muddle it up. You can complicate the complicated, but you can't complicate something simple, and people see what happened, plain and clear. They see very simply what happened. they may not be following history and following politics every day (but) they know that's wrong."

House Minority Leader Kevin McCarthy got busted for ignoring the evidence on "60 Minutes," where he demonstrated ignorance of the contents of a call summary released by the White House.

"We've found out how Kevin McCarthy carries through the day defending President Trump," Scarborough said. "He makes sure he remains ignorant of the most basic charges against the president, was unaware of the most damming line. Most of them that I've talked to never bothered reading the Mueller report. You take all this together, and of course this is why they can run around saying nothing to see here, move along, move along."