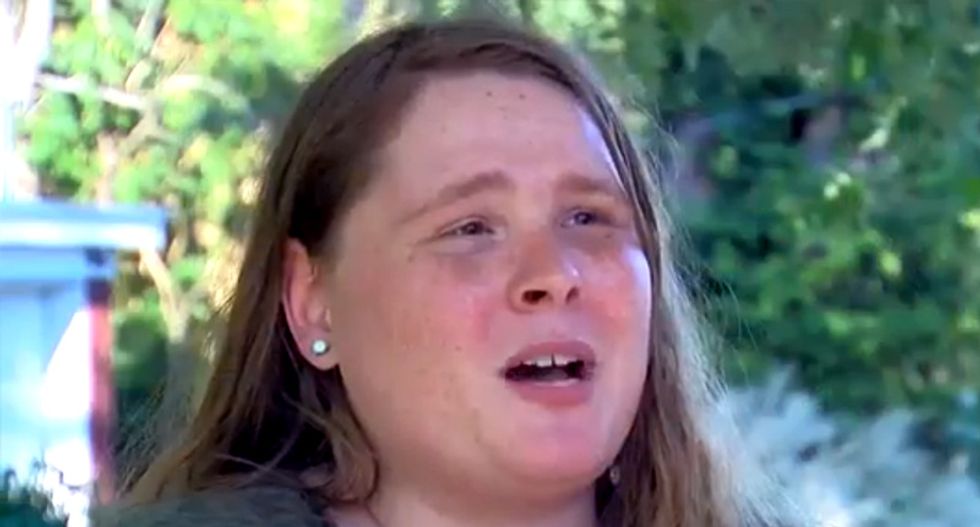 "More than any other white nationalist group operating today, Identity Evropa has attempted to frame their views in ways that appeal to mainstream conservative audiences," explains the Southern Poverty Law Center. "They downplay the extreme nature of their ideas, like referring to their ideal society as “ethno-pluralistic” rather than segregated."

And it looks like the group is trying to recruit in Clifton, Ohio. WCPO reports that people in the area have found stickers bearing the group's logos. A woman told the station about encountering their materials.

"I was heading to the CVS to get some medicine, and I noticed as I was going on the street toward the grocery that there were two stickers on (a pair of newspaper stands), two stickers that said American Identity Movement,” she told the station.

“It was a little surprising to see it there. I’d only lived here about six months or so, but it’s kind of shocking. I usually feel safe walking around this area, but knowing that there was someone around that area that was putting up those stickers really made me feel uncomfortable.”

They call on whites to "Embrace your identity." WCPO reports that promotional materials for Patriot Front appeared in the nearby Ohio town of Fort Thomas.

"The time of the Republic has passed in America as the system grows too weak to perform its duty. ... The damage done to this nation and its people will not be fixed if every issue requires the approval and blessing from the dysfunctional American democratic system," the group writes in its manifesto. "Democracy has failed in this once great nation." Like the American Patriot Movement, they use patriotic imagery to promote a white ethnostate that excludes people of color and Jews.

Other members of the community were also alarmed to find the group's presence in the town.

"It’s unfortunate that people have gotten to a point of hatred on that level,” a man told WCPO of Patriot Front. “I don’t think this has anything to do with what side of the aisle you’re on. It just has to do with hatred of people for no reason and trying to prey on people that don’t think for themselves."