REVEALED: Racist GOP mastermind had his fingers in other states' gerrymandering schemes 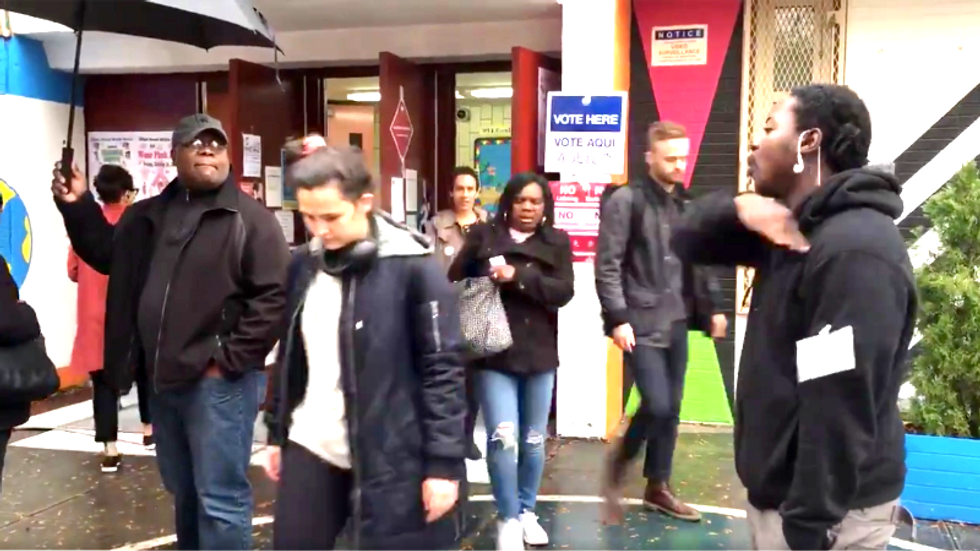 People walking out at polling location in Brooklyn [Photo: Screengrab from video]

The GOP has historically used gerrymandering to carve out districts in a way that favors the Republican candidate--often at the expense of people of color and other voters that tend to favor the Democrats.

On Tuesday, the Intercept reported that it's even worse than assumed, with the racist Thomas Hofeller behind redistricting in far more states than had been previously assumed.

"The reach of late Republican gerrymandering mastermind Thomas Hofeller may be longer than previously known, according to a review of thousands of documents and emails culled from his hard drives," writes David Daley.

"While Hofeller was known for drawing maps to give Republicans an advantage and to limit the impact of voters of color in North Carolina, Texas, Missouri, and Virginia, the new documents reveal he also participated in the 2010 redistricting cycle in Alabama, Florida, and West Virginia."

Furthermore, the documents revealed that they purposefully used race as a factor, an unconstitutional abuse of power.

"And, in those three states, it appears Hofeller and other Republican mapmakers experimented with using race as the primary factor in drawing districts in these states — a tactic ruled unconstitutional under the 14th Amendment’s equal protection clause, which requires that people in similar circumstances be treated the same under the law," Daley continues.

"Among the trove of over 70,000 documents are draft maps with voter data broken down by race, spreadsheets that include the home addresses of members of Congress, travel plans, and legislation marked up by Hofeller himself."