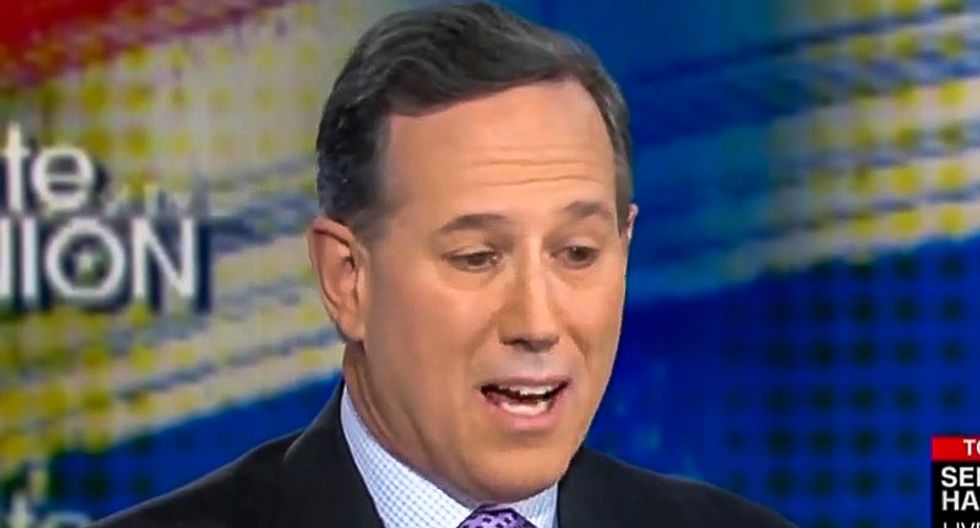 During his testimony before the House Judiciary Committee, President Donald Trump's former campaign adviser Corey Lewandowski — who was hoping to leverage his appearance trashing Democrats and the Russia investigation for a Senate run in New Hampshire — was forced to admit that he constantly lies on air.

On CNN's "Anderson Cooper 360," even former Sen. Rick Santorum (R-PA), a staunch defender of the president, was aghast at this.

"Yeah, I think that was a little flippant on his part," said Santorum. "I certainly wouldn't have made that comment. I don't think — particularly, if you're running for office, it's not a good thing for him to say."

"I think he was taking the Trump approach, which is, it's different to — you notice he pointed out the reporters' name, he didn't talk about lying to the public, he basically said, you know, I didn't tell the truth to this guy who doesn't have a right to hear the truth from me, basically. And I don't think that's a good line for him, and I would hope that he would, you know, go out and say, 'I'm going to tell the truth to the people of New Hampshire all the time.'"

"But ... that doesn't seem to be his philosophy?" said Cooper. "He thinks — I mean, he thinks everybody's a sucker, that they can be lied to, it seems like."