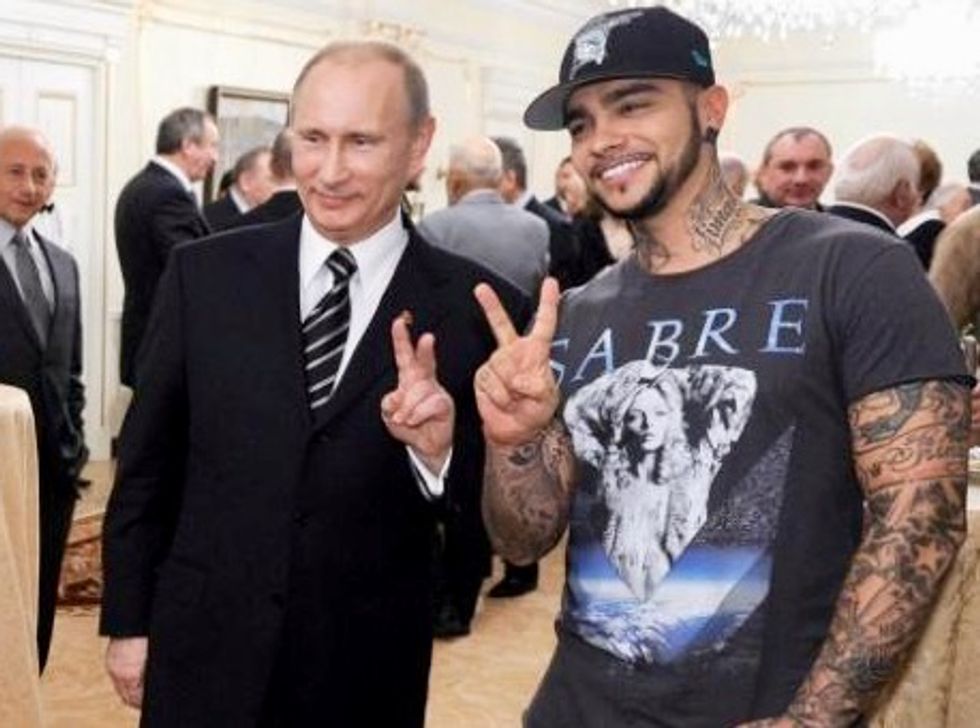 A popular Russian rapper on Tuesday deleted a music video singing the praises of Moscow authorities ahead of contentious elections after it gathered almost 1.5 million dislikes on YouTube.

Timati, a 36-year-old rapper known for his fervent support of President Vladimir Putin, posted the video, titled simply "Moscow", shortly before Muscovites were set to vote in elections for city parliament on Sunday that had caused mass protests.

"I don't go to rallies, I don't bullshit," the song goes, apparently referring to weeks of protests in Moscow after the authorities barred opposition candidates from running in the polls.

Lyrics in the clip praise the Russian capital as a wealthy city that has become "world standard" and "doesn't hold gay parades."

"I will down a burger for Sobyanin," the song says, referring to Mayor Sergei Sobyanin, a Putin ally who has been in charge since 2010 and is detested by the opposition for refusing permission for rallies and cracking down on protesters.

Timati, who is ranked the seventh wealthiest celebrity under 40 in Russia by Forbes magazine, made the video together with another rapper, Guf.

The video had gained 1.48 million dislikes when Timati took it down on Tuesday, writing on Instagram that he did not intend any offense.

"I'm deleting the video to stop this wave of negativity," he wrote. "I made a record. Only I didn't have such a goal."

In Instagram comments, Russians mocked Timati, accusing him of being a sellout and getting paid by the authorities to make propaganda.

"The world's first government rapper. I'm sorry for his fans," one commentator wrote.

"Did you also return the money to those who ordered (the video)?" asked another.

Guf for his part posted an apologetic expletive-ridden video assuring his fans that he was "used" and "didn't get a penny for this, I swear."

"I am proud of our young people who understand politics," he says.

"I'm sorry that I don't follow the political situation in the country."

The Russian opposition has accused celebrities of engaging in paid propaganda before.

Last year a wave of nearly identical messages praising the positive changes in Moscow appeared on celebrities' social media ahead of the mayoral polls swept by Sobyanin.

Other Russian rappers have performed at opposition protests and expressed solidarity with people arrested over the summer.