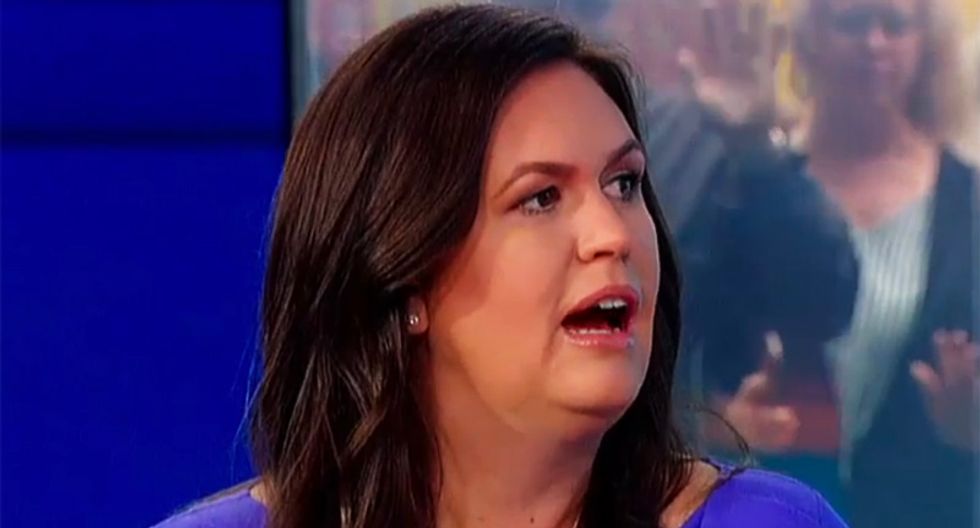 In her new gig as a Fox News contributor, former White House spokesperson Sarah Huckabee Sanders complained to host Sean Hannity that the "out-of-control" media makes "stuff up" about Donald Trump because they hate him for winning in 2016.

Sanders, who once told reporters that "countless" FBI agents had lost confidence in James Comey only to later tell investigators from special counsel Robert Mueller's office that she made it up, complained to the Fox host about the press being untrustworthy.

"The agenda of obstruction that they have against this president is completely out of control," she explained as the two waited for Trump's New Mexico rally to begin.

"They try to destroy the president because they hate that he won in 2016 and then they hated that he was able to start delivering on all the things that he said he was going to, including a conservative court," she claimed in reference to new allegations of sexual assault lodged against Supreme Court Justice Brett Kavanaugh.

"Because they can't beat him now they're going after everyone around him, everyone associated with him, and they're even making stuff up. It's completely out of control," she continued. "And at some point they have to start holding people accountable. I think the president is right to start calling for something to be done."