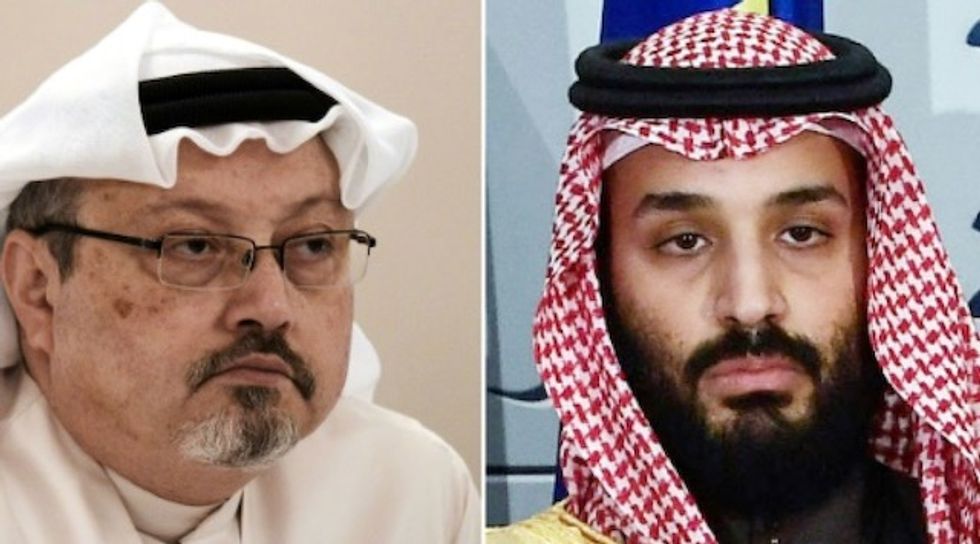 Saudi Crown Prince Mohammed bin Salman said in a television interview that he takes "full responsibility" for the grisly murder of Saudi journalist Jamal Khashoggi, but denied allegations that he ordered it.

"This was a heinous crime," Prince Mohammed, 34, told the US TV show "60 Minutes" in an interview broadcast Sunday. "But I take full responsibility as a leader in Saudi Arabia, especially since it was committed by individuals working for the Saudi government."

Asked if he ordered the murder of Khashoggi, who had criticized him in columns for The Washington Post, Prince Mohammed, who is widely known by his initials MBS, replied: "Absolutely not."

The slaying was "a mistake", he said.

Khashoggi entered the Saudi consulate in Turkey on October 2, 2018, to collect a document that he needed to marry his Turkish fiancée. Agents of the Saudi government killed Khashoggi inside the consulate and apparently dismembered his body, which has never been found.

Saudi Arabia has charged 11 people in the slaying and put them on trial, which has been held in secret. No one has yet been convicted.

A UN report asserted that Saudi Arabia bore responsibility for the killing and said Prince Mohammed's possible role in it should be investigated. In Washington, Congress has said it believes Prince Mohammed is "responsible for the murder". Saudi Arabia has long insisted the crown prince had no involvement in an operation that included agents who reported directly to him.

But in an interview Thursday in New York, Khashoggi's Turkish fiancee, Hatice Cengiz, told The Associated Press that responsibility for Khashoggi's slaying "was not limited to the perpetrators" and said she wanted Prince Mohammed to tell her: "Why was Jamal killed? Where is his body? What was the motive for this murder?"

Meanwhile Turkish President Tayyip Erdogan insisted on Monday that Turkey will keep pushing for the truth behind the killing.

In a Washington Post op-ed published Monday, Erdogan described the journalist's killing by a Saudi hit squad as "arguably the most influential and controversial incident of the 21st Century".

Erdogan said Turkey would keep asking: "Where are Khashoggi's remains? Who signed the Saudi journalist's death warrant? Who dispatched the 15 killers aboard two planes to Istanbul?"

"There is no strategic goal," he said of the attack. "Only a fool would attack 5 percent of global supplies. The only strategic goal is to prove that they are stupid and that is what they did."

He urged "strong and firm action to deter Iran", but he also claimed to support a non-military solution to the crisis.

"If the world does not take a strong and firm action to deter Iran, we will see further escalations that will threaten world interests," Prince Mohammed bin Salman told the CBS program "60 Minutes".

"Oil supplies will be disrupted and oil prices will jump to unimaginably high numbers that we haven't seen in our lifetimes," the prince said.

The prince said a war between Saudi Arabia and Iran would be catastrophic for the world economy.

"This means a total collapse of the global economy, and not just Saudi Arabia or the Middle East countries."