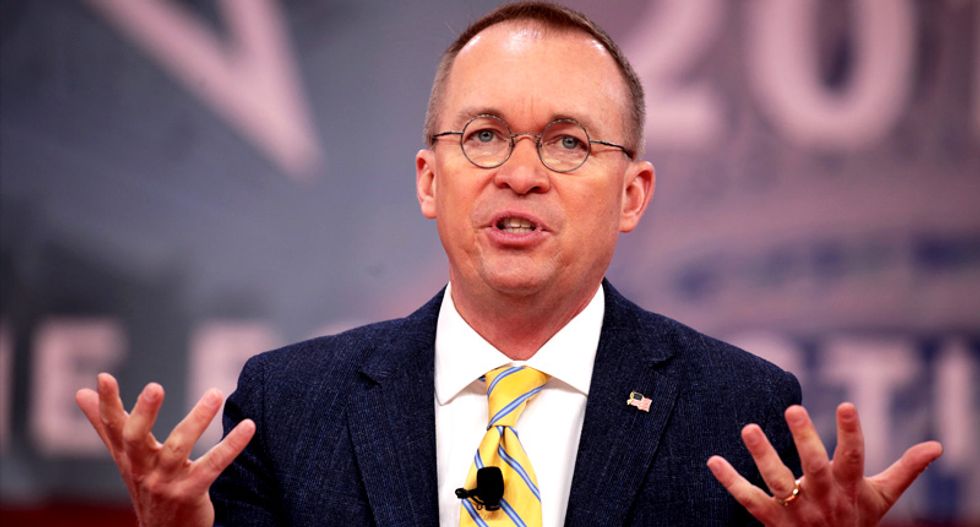 As Hurricane Dorian pummeled the Bahamas, President Donald Trump issued a map that suggested—in what appeared to be markings with a black marker—that the Hurricane was heading to Alabama.

So commenced "sharpie-gate" as the president continued to double down on the false claim that the hurricane had been heading toward Alabama. That controversy seemed absurd—until revelations that Trump administration officials participated in the president's efforts to cover up his error. First, it was revealed that Commerce Secretary Wilbur Ross had pressured federal employees to confirm the president's claim.

Now, the New York Times reports that White House chief of staff Mick Mulvaney pressured Ross to press the National Oceanic and Atmospheric Administration to contradict weather experts who repudiated the president's claim that the Hurricane would strike Alabama.

After the president tweeted that Alabama “will most likely be hit (much) harder than anticipated," September 1st, the National Weather Service in Birmingham posted on Twitter that “Alabama will NOT see any impacts from Dorian. We repeat, no impacts from Hurricane Dorian will be felt across Alabama.”

The president spent the rest of the week defending himself and blaming the "fake news" for generating the controversy.