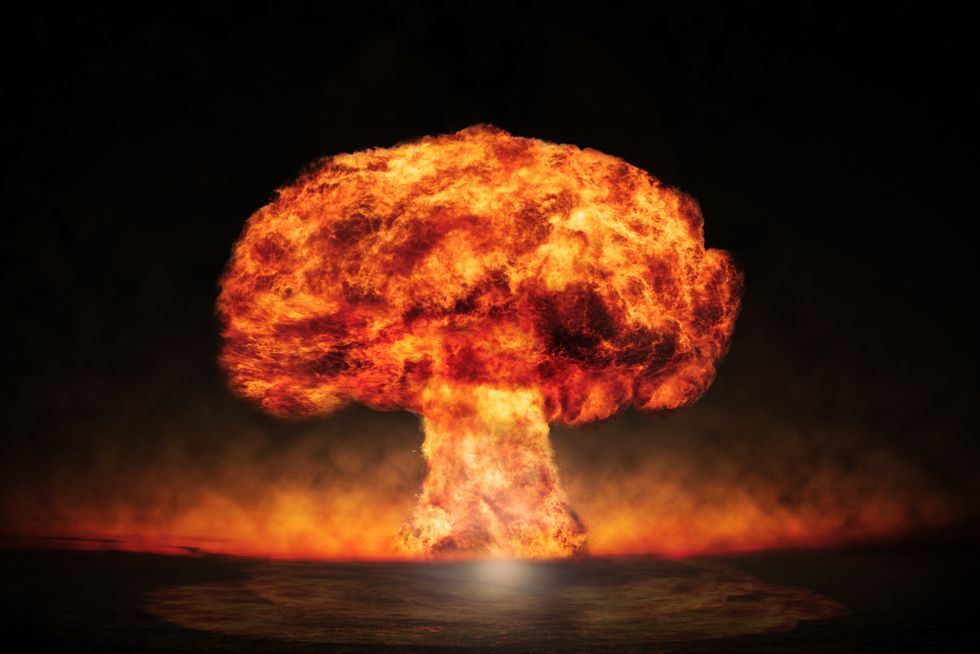 Even a limited nuclear war would be catastrophic and kill millions, a new study finds, despite the belief of the Pentagon that the U.S. military could effectively and safely use nuclear weapons in a conflict.

The report, which Princeton University's Science and Global Security Lab presents in video form, affirms the position of anti-nuclear war activists that no use of nuclear weapons is sensible—or safe.

"This terrifying new video shows how just one tactical nuke can trigger a U.S.-Russian war that kills tens of millions," Daryl G. Kimball, the director of the Arms Control Association, said in a tweet. "We urgently need sensible action to reduce and eliminate nuclear risk."

Reaction to the video of the lab's findings emphasized the importance of the information, especially in a world where the U.S. military is considering using nuclear weapons as part of its conventional war strategy.

"The whole world needs to see this video," tweeted John Hallam, a campaigner at Australia's People for Nuclear Disarmament.

The lab developed the scenario after the Pentagon published, and shortly thereafter removed, a new draft of the Doctrine for Joint Nuclear Operations (pdf) on June 11.

As Common Dreams reported at the time, the document raised questions from observers and antiwar advocates concerned over the hubris of the Pentagon to assume it could win a nuclear war.

That document, combined with the scrapping of arms control treaties, led the researchers to develop testing for a scenario wherein the U.S. and Russia engage in a limited conflict.

The results point to a devastating cost in lives in short order.

"It is estimated that there would be more than 90 million people dead and injured within the first few hours of the conflict," the site reads.

The scenario envisions a back and forth between the U.S. and Russia. The conflict begins with Russia striking the border of Germany and Poland in an effort to dissuade NATO aggression—but the reaction from the U.S. is to strike Kaliningrad, Russia's small territory on the Baltic Sea. From there, things get worse as both countries launch ever-increasing barrages of bombs at one another. Within hours, over 34 million people are dead and over 57 million are injured, to say nothing of the ongoing effects from radiation and nuclear winter.

The study is "based on independent assessments of current U.S. and Russian force postures, nuclear war plans, and nuclear weapons targets," according to the lab.

"It uses extensive data sets of the nuclear weapons currently deployed, weapon yields, and possible targets for particular weapons, as well as the order of battle estimating which weapons go to which targets in which order in which phase of the war to show the evolution of the nuclear conflict from tactical, to strategic to city-targeting phases," the lab's summary reads.