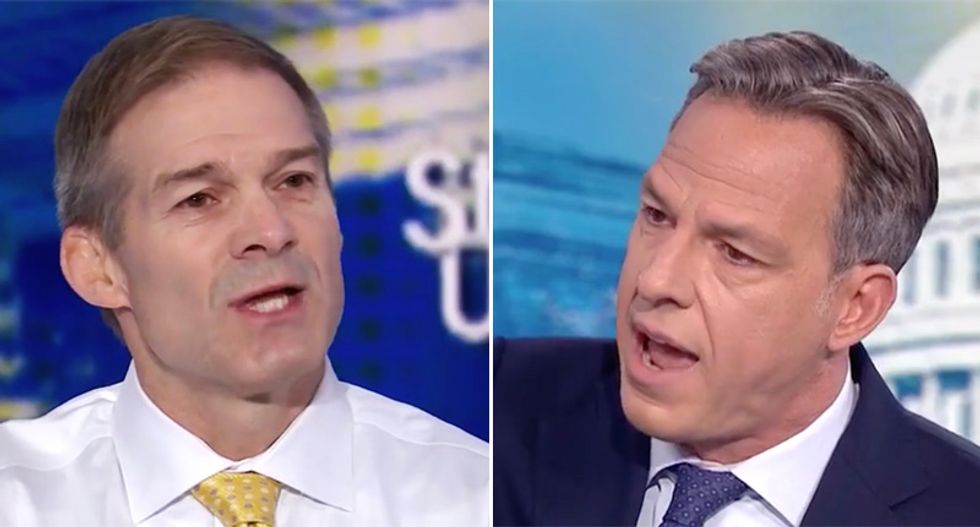 In a highly contentious "State of the Union" interview, CNN host Jake Tapper repeatedly had to tell Rep. Jim Jordan (R-OH) that he was making up his facts about the son of former Vice President Joe Biden, at one time telling him, "It's not gymnastics, it's facts."

As Jordan reeled off accusation after accusation about how President Donald Trump is being treated unfairly over his call to the president of Ukraine asking for dirt on Hunter Biden in return for aid to his country, Tapper over and over again told the Ohio Republican 'That's not what happened!" as Jordan kept rambling on while looking at notes in front of him on the table.

At one point Jordan raved about the money made by Biden's son while he sat on the board of a Ukraine company, only to have Tapper ask him about the trademark deals Ivanka Trump is scooping up since her father became president, which only caused Jordan to laugh.

In one pointed exchange, Tapper pointed out that the lawmaker should be sensitive to what is true or not, with a veiled reference to accusations that Jordan was witness to sexual assault at Ohio State when he was a wrestling coach there.