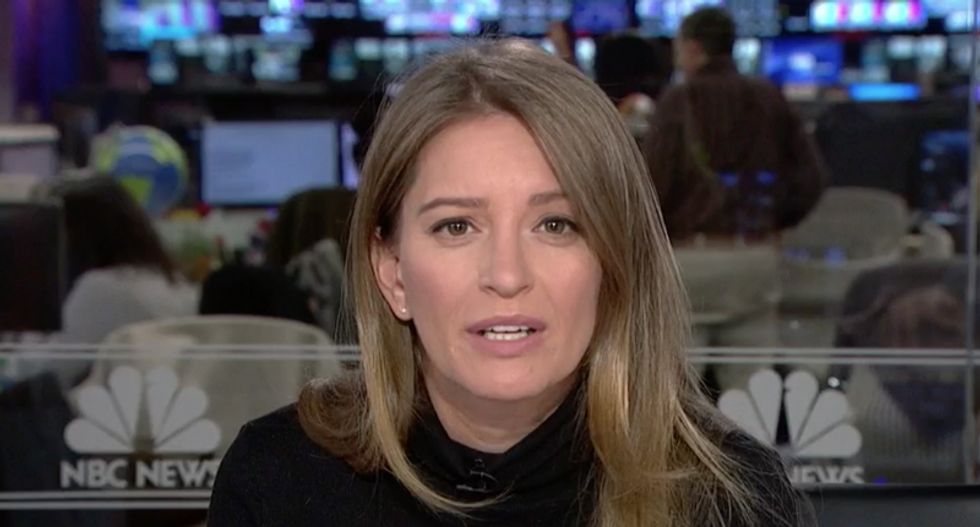 As the controversy over President Donald Trump's call with Ukraine's president continues to unfold, team Trump is in full-on damage control.

Trump's 2020 chief Marc Lotter appeared on MSNBC Friday to defend the president. When host Katy Tur asked Lotter about the call, he tried to spin it as mere allegations of impropriety.

Lotter then tried to flip the topic to alleged Ukrainian meddling in the 2016 election, a seemingly spurious claim that inspired Trump's personal attorney Rudy Giuliani to go to the country to dig up dirt on Joe Biden.

Tur quickly shot him down.