The 4 big questions that the next Israeli government will decide 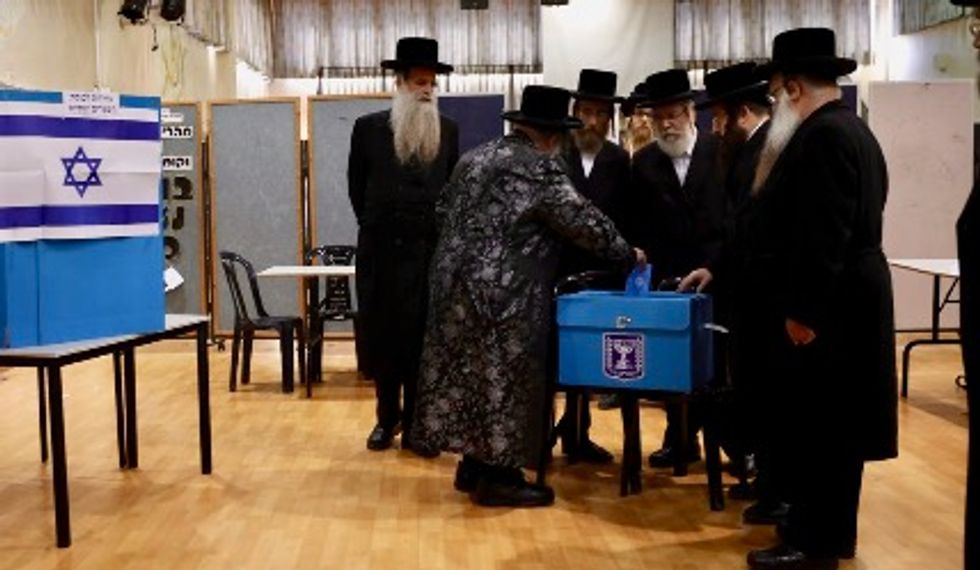 On Sept. 17, Israelis went to the polls for the second time in less than six months.

They were voting again because – for the first time in the country’s history – a coalition government could not be assembled after the last election took place on April 9. To everyone’s surprise, Prime Minister Benjamin Netanyahu – long renowned for his political skills and deals – failed to form the right-wing governing coalition he wanted. He was one seat short of securing a majority in Israel’s parliament, the Knesset.

Netanyahu did not want to give his rival, Benny Gantz, of the centrist Blue and White party – which received the same number of Knesset seats as Netanyahu’s right-wing Likud party – the chance to form a government, as is customary. Instead, he pushed the newly elected parliament to dissolve itself and trigger another national election. 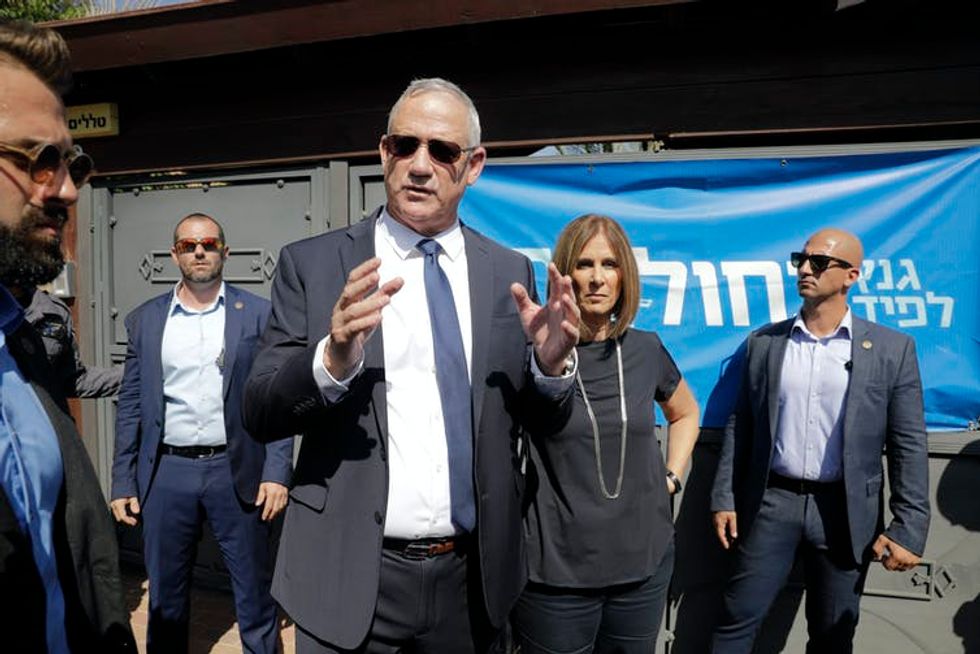 A referendum on Netanyahu

The campaign for this second, “do-over” election has been largely devoid of substance. The many issues facing the country have been mostly ignored as politicians, particularly Netanyahu, have focused on personal attacks and scaremongering.

The most notable features of the election campaign were Netanyahu’s incitement against Israel’s Arab minority, his transparent attempt to suppress the turnout of Arab voters and his unsubstantiated accusations of electoral fraud.

More than anything else, this do-over election, like the April election, has been about Netanyahu, who is now Israel’s longest-serving prime minister. Once again, the biggest issue for Israeli voters has been whether they’re for Netanyahu or not.

This time around, however, Netanyahu is more politically vulnerable than he has been since he was defeated in the 1999 election.

Netanyahu desperately needs to stay in power so that he can try to secure his immunity from prosecution in three cases of corruption. Yet while the vote was to a large extent a referendum on Netanyahu, his political future and personal freedom are not the only things on the line.

There’s a lot more at stake.

The next Israeli government will have to decide at least four major questions. The decisions it reaches will significantly shape the future of the country and the relations among its citizens. The lives of non-citizen Palestinians in East Jerusalem, the West Bank and Gaza Strip, who, of course, don’t get to vote in Israel’s national elections, will also be affected in many ways. 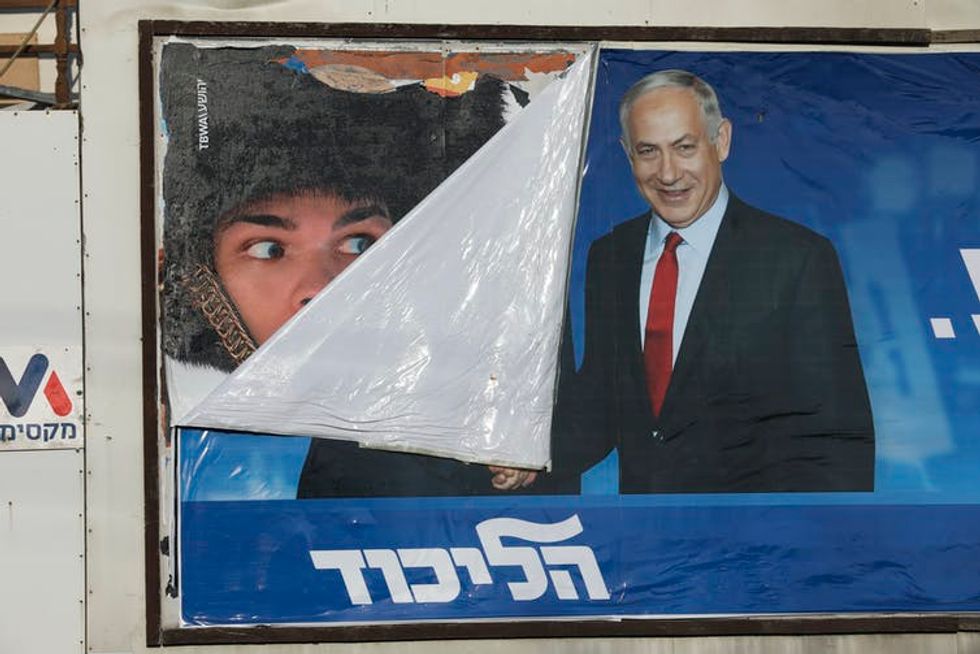 1. Will Israel annex parts of the West Bank?

Netanyahu has spent years procrastinating about the future of the Israeli-occupied West Bank. Now he has promised to annex some areas currently under full Israeli control, such as the settlement blocs and much of the Jordan Valley.

Gantz, Netanyahu’s main challenger for the position of prime minister, also insists on retaining Israel’s control over the settlement blocs and the Jordan Valley, but he hasn’t committed to annexing these areas.

The difference may seem merely semantic (or cosmetic), but proceeding with formal annexation would end any slim prospect for a two-state solution to the Israeli-Palestinian conflict. It might also trigger a chain reaction that could lead to escalating violence in the West Bank and the dissolution or collapse of the Palestinian Authority. A Palestinian state probably won’t come about under a Gantz-led government, but it will at least remain a possibility.

2. Will Israel’s judiciary maintain its independence?

A narrow right-wing government is likely to enact judicial reforms aimed at neutralizing the Israeli Supreme Court’s ability to overturn laws and government practices it deems unconstitutional. Netanyahu himself supports a bill that would enable the parliament to “override” Supreme Court rulings – which could help him stay out of jail.

By contrast, a more centrist “national unity” government, involving the Blue and White party and Likud (probably without Netanyahu), is much more likely to preserve the independence and powers of the judiciary.

The future of Israel’s judicial system – which has been assailed by right-wingers in recent years for its allegedly liberal bent – will in turn determine the quality, if not the very existence, of Israeli democracy.

3. Will ultra-Orthodox Israeli Jews keep their privileges and powers?

Ultra-Orthodox Jews make up roughly 12% of Israel’s population. Under a new government, will they continue to be largely exempt from mandatory military service? Will ultra-Orthodox rabbis maintain their near-monopoly over Jewish marriages, divorces and burials in Israel, even for staunchly secular Jews who, for example, cannot have a civil wedding in Israel?

This perennial issue returned to the political agenda after the April election. That’s when Avigdor Lieberman, the leader of a small, secular right-wing party, insisted that ultra-Orthodox men be drafted into the army. That in turn prevented Netanyahu from forming another right-wing government that included the ultra-Orthodox parties, with whom Netanyahu has forged a long-term political alliance.

Lieberman wants a secular coalition government without the ultra-Orthodox parties, in which he would be a kingmaker. This is a real possibility, especially if Netanyahu is deposed as Likud’s leader.

Such a secular government could well pass popular legislation transforming the relationship between religion and state, and dramatically reduce the long-running, disproportionate influence that the ultra-Orthodox have had over the lives of other Israeli Jews.

4. Will Israeli Arabs be accepted as political equals?

Israel’s Arab citizens – 21% of the population – have the same democratic rights as its Jewish citizens. But their political parties have always been marginalized and ostracized, except, briefly, in the early 1990s when Yitzhak Rabin was prime minister.

An unofficial rule has kept Arab parties out of Israeli governing coalitions. So they’re unable to wield serious influence or extract significant benefits for their constituents as, say, the ultra-Orthodox can.

There’s still little chance that the Joint List – a union of four Arab parties – will be invited to join the next government. Nor is it likely to accept such an invitation.

But the government could signal in a host of ways to Arab citizens that they belong in Israel, that their communal concerns and needs matter and that their elected representatives in parliament are legitimate.

In short, the next government could pursue a much more conciliatory approach toward Israel’s Arab minority than recent right-wing governments have done.

Although Netanyahu has greatly increased government spending on the Arab community, he has also repeatedly engaged in incitement against Arabs, and he oversaw the passage of the controversial Nation-State Law that Israeli Arabs regard as formally relegating them to the status of second-class citizens.

Coalition talks will determine the winner of this election

The composition of the next Israeli government will ultimately be determined not at the ballot box, but in the coming coalition negotiations. Whichever party wins the most seats will have the first opportunity to try to cobble together a coalition. But the real winner of this do-over election will be whoever succeeds in assembling a majority of at least 61 seats in the Knesset.

Will it be Netanyahu or Gantz? Another right-wing and religious government or perhaps a national unity secular government? At this early stage, it’s impossible to predict. But whatever the eventual makeup of the next Israeli government, one thing is clear: It will decide a lot more than just Netanyahu’s future.