The Internet gags after learning Stephen Miller has a girlfriend: ‘Someone’s dating him? Is she under a curse?’ 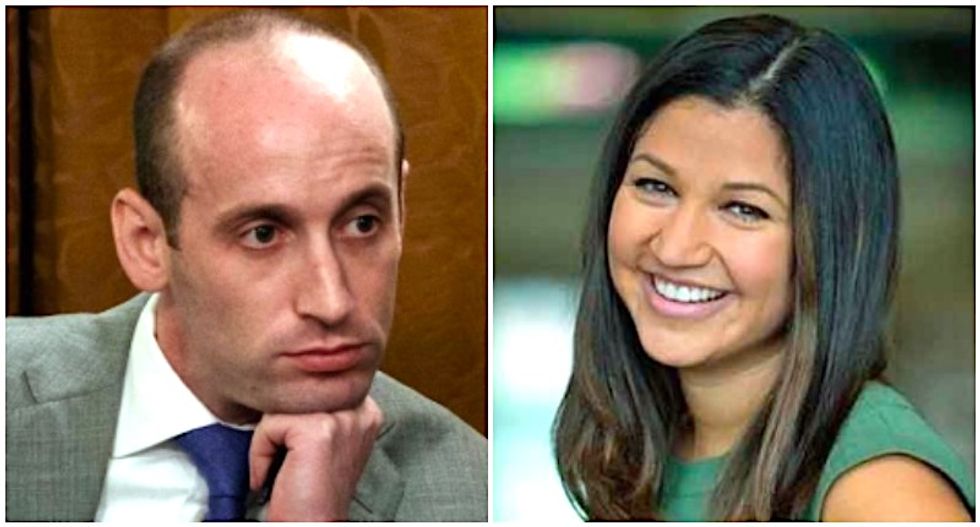 Vice President Mike Pence has hired a former Homeland Security official as his new spokeswoman, but social media users were more interested in another detail in her biography.

Pence tapped Katie Waldman, a former DHS spokeswoman under Kirstjen Nielsen and then communications director for Sen. Martha McSally (R-AZ), as his press secretary, and the NBC News report also noted that she was "dating Stephen Miller."

Other Twitter users seemed shocked that the uncharismatic Miller -- a White House senior adviser responsible for many of President Donald Trump's most odious policies -- had found a girlfriend.

I can't even fathom someone actually dating the man. Racism and fascism in one really creepy package, who in their… https://t.co/YFAx6tKuJi
— aimee (@aimee) 1568896986.0

Burying the lede: She is dating Stephen Miller. Cue Pyscho theme here. Whatever you do, don't go into the basement,… https://t.co/h7nfod4WZf
— Lesley Abravanel🆘 (@Lesley Abravanel🆘) 1568896041.0

@TaraSetmayer Lightning round: How would your react if your friend told you they were dating Stephen Miller?
— Anime_Now (@Anime_Now) 1568898562.0