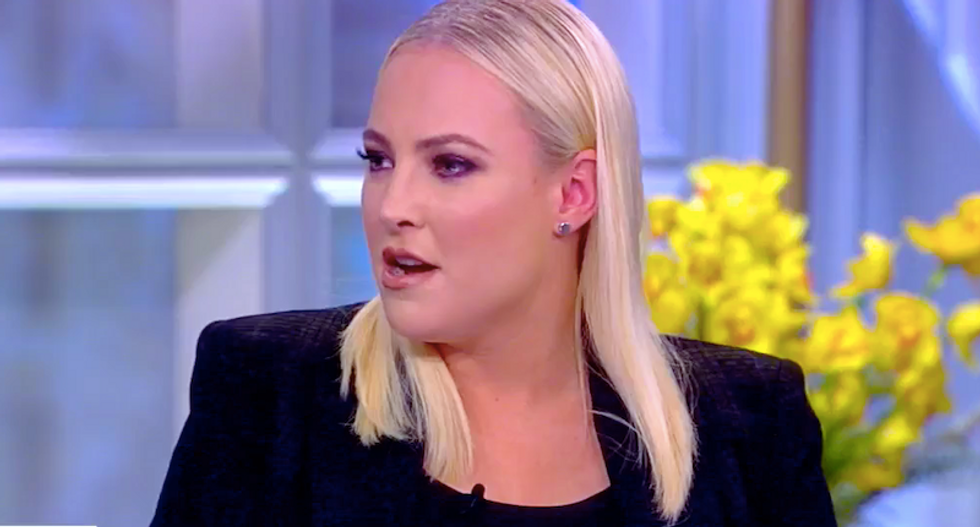 Meghan McCain seemed genuinely surprised to learn Donald Trump Jr. was not quite as popular with Republicans as she had claimed.

"The View" hosted a discussion of a new Atlantic report on President Donald Trump's family "dynasty," and the conservative McCain made clear she didn't like Ivanka Trump but praised the president's eldest son for his political talents.

"Donald Trump Jr. has a 75 percent approval rating in Montana," McCain said, and co-host Joy Behar jokingly asked how many people lived there. "On the campaign trail he's one of the biggest fundraisers for the RNC. Apparently in red America he's like a folk hero and has turned into the person that's been the most beneficial in the administration, when Ivanka -- and I still don't know what she does all day -- hasn't lived up to the hype. I felt that way before reading this. I know she does women's initiatives but it's nebulous."

Behar and the show's producers were ready with a fact check, showing video from a sparsely attended political rally headlined by Trump Jr. in eastern Kentucky.

"Oh, really?" McCain said, pointing at the video screen. "That's who showed up?"

"More people resigned from the Republican Party," Behar said. "That's who showed up, 200 people. He's not popular. Maybe the three (people) in Montana, that's it."