‘This person has to be very senior’: Ambassador McFaul breaks down two possible whistleblower motivations 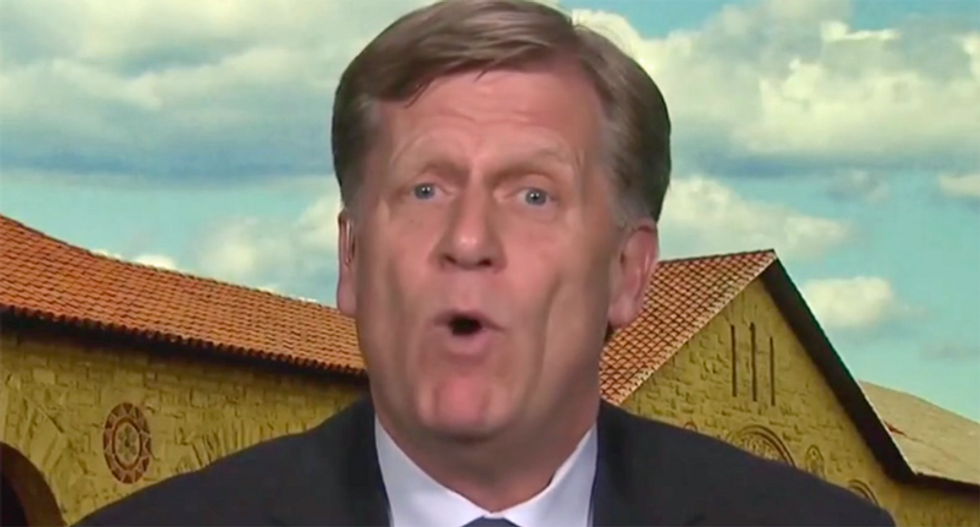 America's former ambassador to Russia on Thursday broke down what we know about the whistleblower alleging wrongdoing by President Donald Trump.

"In my understanding, have -- having worked closely with the intelligence community, when I was in the government -- nobody that I know would go to these steps unless there was something really serious. This is not about the inappropriate use of classified material," McFaul noted. "It’s something much bigger."

"We’re talking about someone who is at a senior enough level to have this level of access, who knows the rules and knows they can lose their job or worse," Melber noted.

"Well, for starts, you said something really important there that I want to make sure your listeners heard. This person has to be very senior in the intelligence community. POTUS phone calls are not read out to the entire U.S. government and the entire CIA," he explained. "I used to organize those phone calls for President Obama, that is a very small group of people that have access to that."

"So if this was a phone call, it suggested somebody very senior and, second, I think it points to either criminal behavior -- and again I’m speculating here -- or some threat to a key asset to the intelligence community," McFaul said.

"To be so motivated to take this extraordinary act, it has to be something extraordinary -- and in my mind, it’s in one of those two buckets," McFaul said.