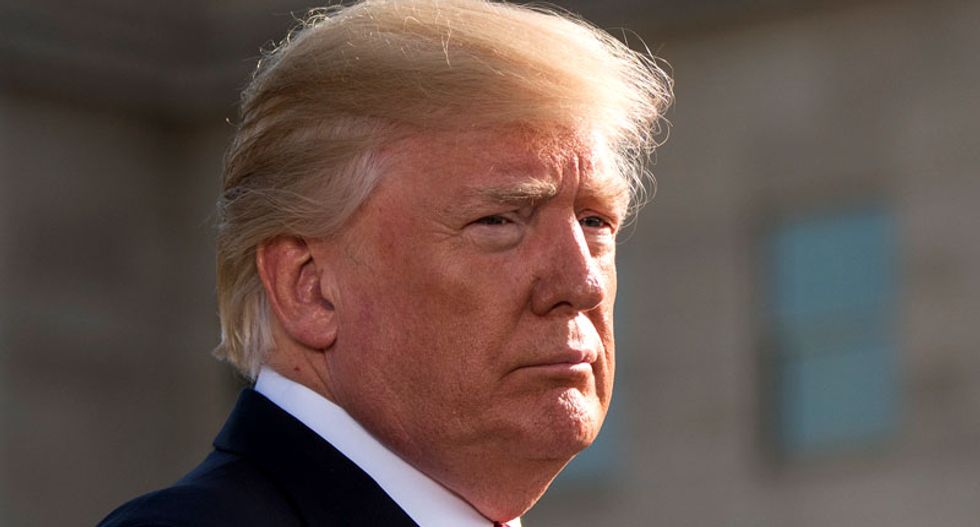 An intelligence official filed a whistleblower complaint against the president, and speculation has begun to focus the report concerns Trump's efforts to pressure Ukraine to dig up dirt on Joe Biden in exchange for U.S. aid -- and former Justice Department official Michael Bromwich called for a formal probe.

Bromwich -- inspector general for the Department of Justice from 1994-1999, former assistant U.S. Attorney for the Southern District of New York and associate counsel in the Office of Independent Counsel for Iran-Contra -- was responding to a summation of the allegations against Trump.

"A POTUS leaning on the newly elected president of a smallish country that’s vulnerable to Russia to do some dirty work to help POTUS’s re-election in exchange for military assistance approved by congress takes the breath away," tweeted journalist Elizabeth Drew.

Bromwich, who currently represents former FBI deputy director Andrew McCabe, called on the intelligence community to "rise up in protest" of the administration's attempts to suppress the complaint.

'The damage has been done': Fox Business host refuses to let Trump walk back threat to Constitution

Fox Business host Stuart Varney used his monologue on Tuesday to lash out at former President Donald Trump's desire to terminate parts of the U.S. Constitution over his 2020 presidential election loss.

Over the weekend, Trump had called for a "termination" of constitutional rules.