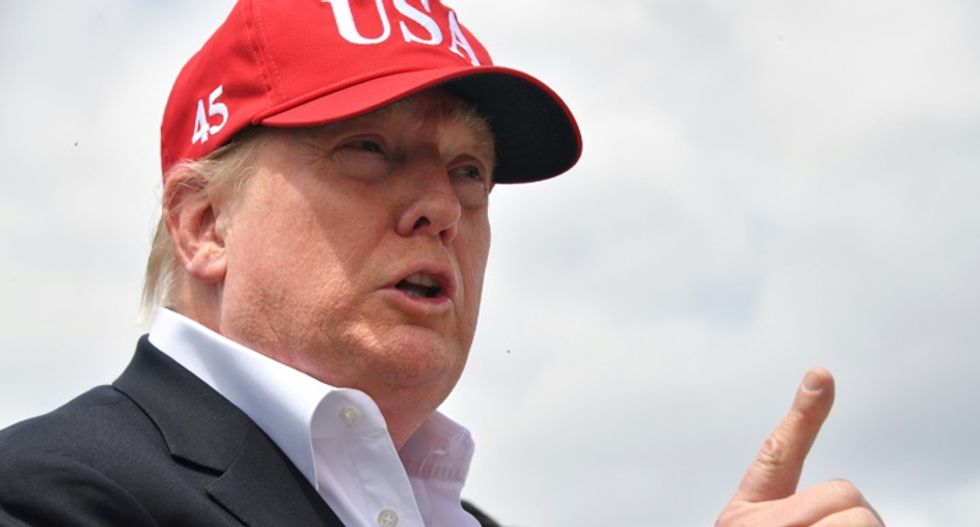 On Wednesday, President Donald Trump tweeted that he was once again delaying an increase in tariffs on China.

"At the request of the Vice Premier of China, Liu He, and due to the fact that the People’s Republic of China will be celebrating their 70th Anniversary........" he wrote. "On October 1st, we have agreed, as a gesture of good will, to move the increased Tariffs on 250 Billion Dollars worth of goods (25% to 30%), from October 1st to October 15th."

The president's announcement comes after a long string of critical news coverage of his economic policies, and fears from market analysts that the president's trade war could stoke a recession by costing jobs and raising consumer prices.

Li'l Marco's big loan: The tale of a senator, his private-equity pal and an inexplicable appointment

Last year, Sen. Marco Rubio of Florida appointed his longtime friend and financial adviser Bernie Navarro to an advisory committee that helped select potential nominees for federal judgeships, even though Navarro had no law degree and no legal experience. Just three months earlier, Navarro — who runs a private equity mortgage lender — extended Rubio a short-term "bridge loan" of $850,000 that allowed the Republican senator to purchase a house.

Researchers in China and the U.S. said Thursday they were "shocked" to discover that the Arctic Ocean is acidifying three to four times faster than the rest of the world's oceans.

The faster rate of change is due to the speed with which ice in the ocean is melting, according to Wei-Jun Cai of the University of Delaware and Liqi Chen of the Third Institute of Oceanography in China.

Russia is seeing a wave of demonstrations in areas with high ethnic minority populations against President Vladimir Putin’s call for “partial mobilization”. Analysts say this approach is undermining the Kremlin’s legitimacy among these groups and is likely to give Russia poorly motivated soldiers for its war against Ukraine.

In Russia’s Caucasian Dagestan region near the Georgian border, protesters managed to block traffic on September 25. More than 7,000 kilometers away, in the Buryatia region just north of the Mongolian border, a group called the Free Buryatia Foundation has been set up to help reservists avoid the “partial mobilization” Putin announced after Ukraine’s lightning gains in the east.

How the GOP exploits Americans' confusion about taxes