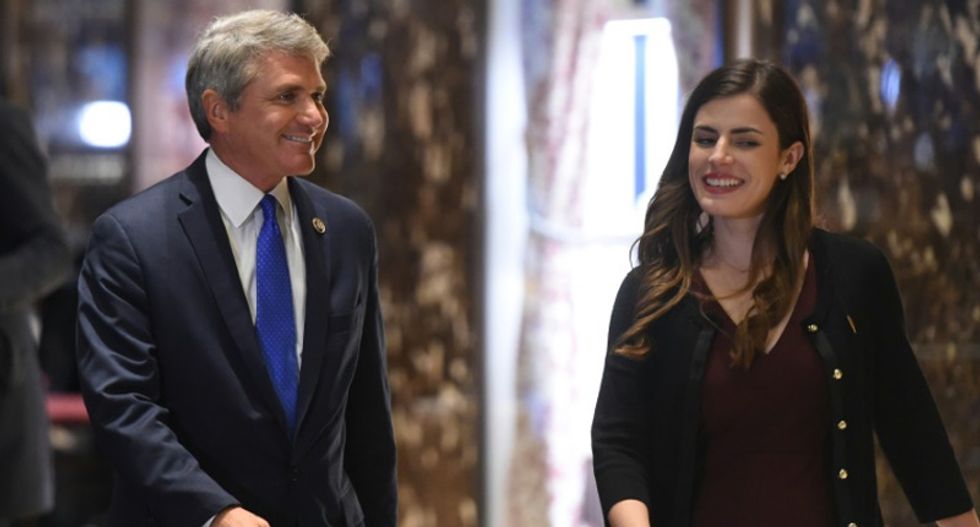 According to a report at Axios, Donald Trump's fired personal secretary, Madeleine Westerhout, is in line to reap a large advance and possibly millions in royalties if she agrees to write a tell-all book about life in in the Oval Office under the president.

Westerhout, who was ousted for gossiping about Trump's relationship with his children and his eating habits -- among other things -- is reportedly being courted by big-name publishers looking at a blockbuster insider's look at how Trump operates when out of sight fo the press.

According to the report, "Keith Urbahn and Matt Latimer — who run the literary agency Javelin and secured 7-figure book deals for former FBI director James Comey and former White House official Cliff Sims — say most publishers in the country right now want a meeting with Westerhout," but notes that she is currently resisting offers.

With a source stating Westerhout described her experience with Trump as "positive," the report notes that hasn't kept publishers from making offers.

According to agent Latimer, "This is someone who had total access, saw everything, which Trump obviously knows. If she was willing to say 'here's everything I saw and I'm not trying to protect anybody,' then she could have a huge advance."

He went on to add that if she has stories that are "sufficiently shocking" she could be looking at an advance of $5 million or more.

"It doesn't get much higher. I mean that would be a major score, but everything has to align," he elaborated. "There has to be an argument or a higher calling for why you're doing this. Otherwise it would come across as transactional. ... It's a tricky path. It has to be revelations plus here's why the American people need to know this."

The agent did note that she likely might take a pass like some other Trump officials have when receiving offers for a book.

"Most people, so far, end up taking the safer course, which is, 'Eh, I don't want to be tweeted about every day, with people attacking me and I have to move out of my house'," he said of former Trump's aides' reluctance to take on the president know for his untrammeled Twitter attacks.