Trump 'became positively undone' on 9/11 after polls show him losing in 2020: Nicolle Wallace 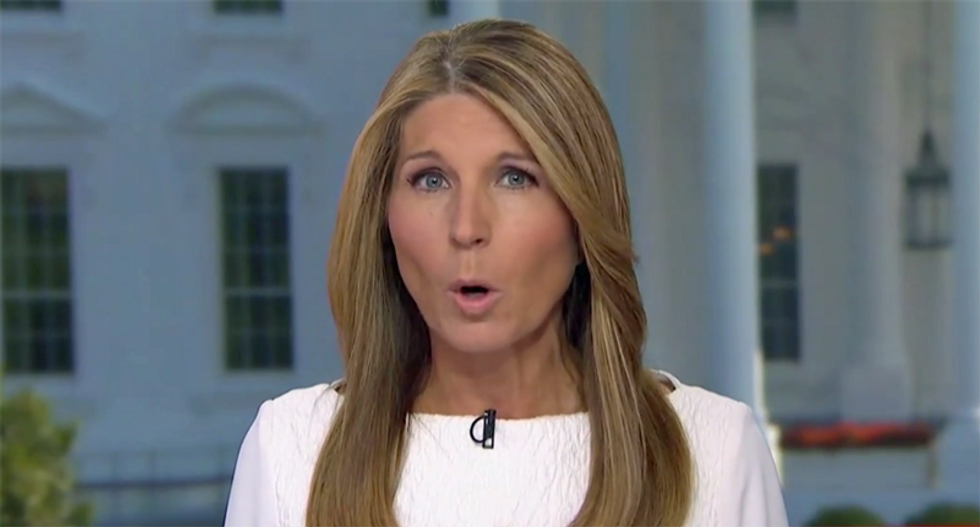 The "Deadline: White House" host, who was a top Republican communications operative prior to her career in broadcast journalism, explained how Trump panicked over a new poll from the Washington Post and ABC News.

"Not even a trip to the Pentagon to honor the victims of 9/11 on this solemn anniversary slowed the president’s steady stream of complaints and attacks today. Most of those grievances aired on his Twitter feed, where he came positively undone about a fresh round of head-to-head polls that show him losing to nearly half-a-dozen Democrats," Wallace reported.

She explained, "it’s those polls that show Donald Trump’s political standing may be reaching a low point that’s leading to a presidential unraveling."

....This is a phony suppression poll, meant to build up their Democrat partners. I haven’t even started campaigning… https://t.co/wSiokMjuVd
— Donald J. Trump (@Donald J. Trump) 1568203978.0 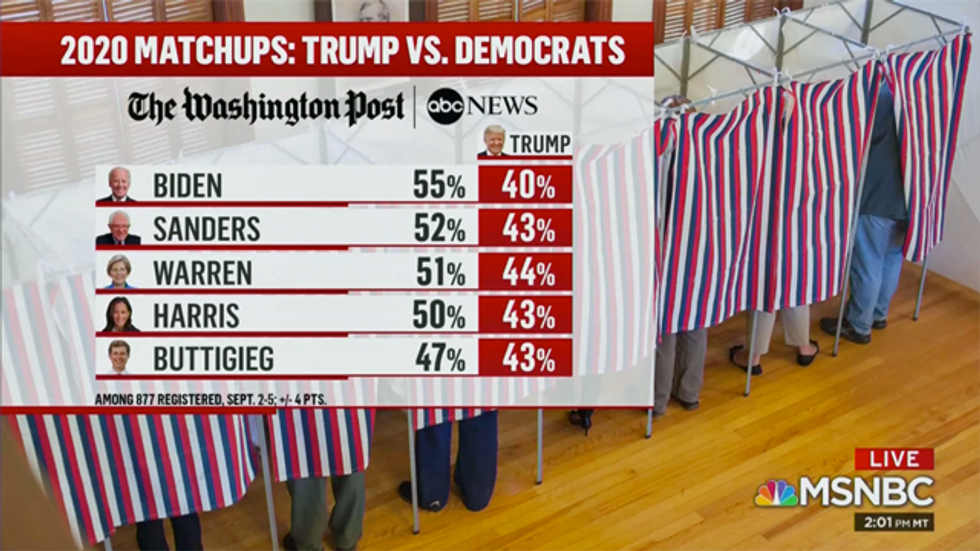 "The head-to-head polls are reflecting what the latest presidential approval number reveals, that Trump’s squandered summer has taken a toll. He slumped six points and is back in the 30's -- nearing his lowest approval rating ever," she noted, with another graphic. 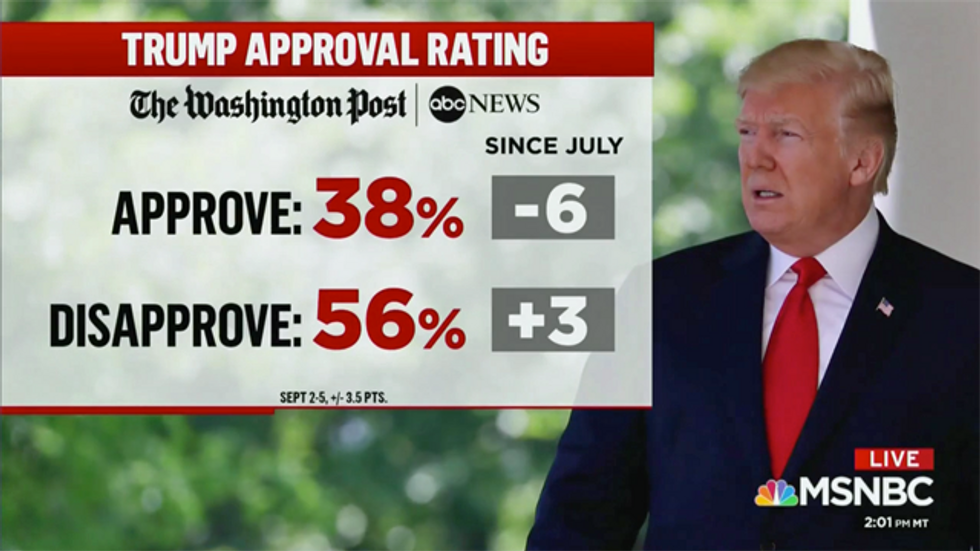 Wallace then read a key line from the Washington Post story on the new poll.

"For Trump, the current standings represent a troubling threat: No president in modern times has been reelected with approval ratings as low as Trump’s are today," the newspaper reported.