Trump defender slammed for claim impeachment will be a waste of time: 'So you're saying ignore corruption' 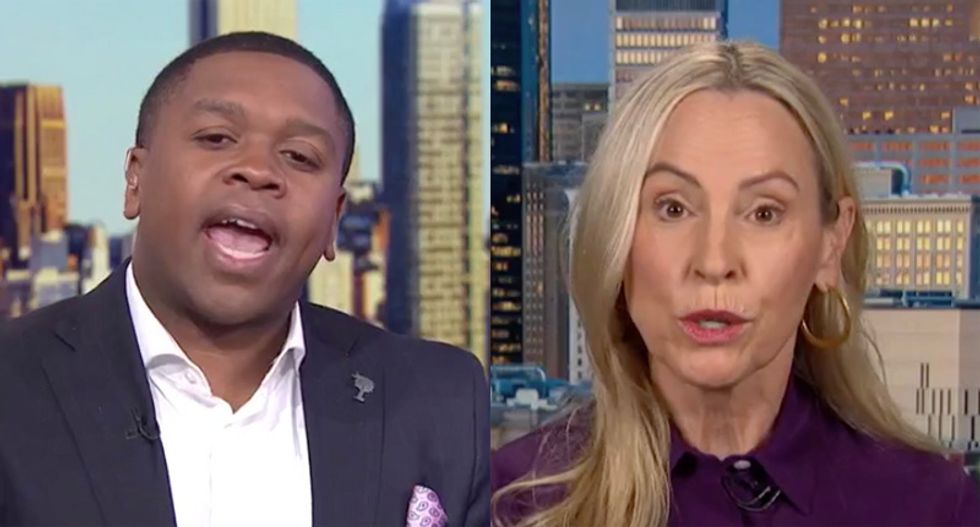 Appearing on MSNBC early Saturday morning, a conservative radio host attempted to make the case the Congress is wasting its time with an impeachment inquiry and subsequent trial, only to be accused by a fellow panelist of wanting to cover up corruption at the White House.

Appearing with host Frances Rivera, Democratic strategist Antjuan Seawright and conservative attorney Chandelle Summer faced off with Summer saying the Republicans have a problem -- and that they should concentrate on spreading the message that impeachment would be disruptive.

"The better strategy, I think for the Republicans to take right now is to emphasize the turmoil that this will cast the country into if we go through an extended impeachment process," Summer explained. "It's probably a futile effort, given the rock-solid control that the Republicans have over the Senate who will be in charge of determining whether or not the president is convicted or acquitted."

"So we're supposed to ignore --," Seawright attempted as Summer talked over him.

"The president should focus on running the country, and the fact that he has other things to do besides comes out with silly statements like this is a spy and we need a treason investigation or treason prosecution," she continued. "Quite frankly, President Trump is his own worst enemy right now. They [the White House] need to shut down the president and not have him make any statements."

"So you're saying ignore corruption, is what you're saying? We should just --," Seawright, only to be cut off again.

"If the inquiry is used to gather information intel by credible leads from a whistle-blower which we use to weed out fraud, waste, and abuse in the system, you say, to hell with it, ignore it because it is relating to Donald Trump," Seaworth charged. "That's what you're saying, ignore corruption."

"I'm saying that at this point, there is a very serious and indefensible position that the Republicans have taken n-- that is that the whistle-blower was not in the room," she replied. "They can do better by emphasizing the fact this is going to throw the country into turmoil. We have an election coming up within a year, if the people feel this strongly that this was corruption, and that this president was guilty of some type of indefensible conduct, they can vote him out of office."

"This is an election security issue if the leader of the free world is asking a foreign leader to dig up dirt on his political opponent," Seaworth shot back. "Yes, we have an election. Free and fair elections have always been the priority of everyone in this country, Democrats and Republicans. Now, you're saying we should just ignore and shield it."