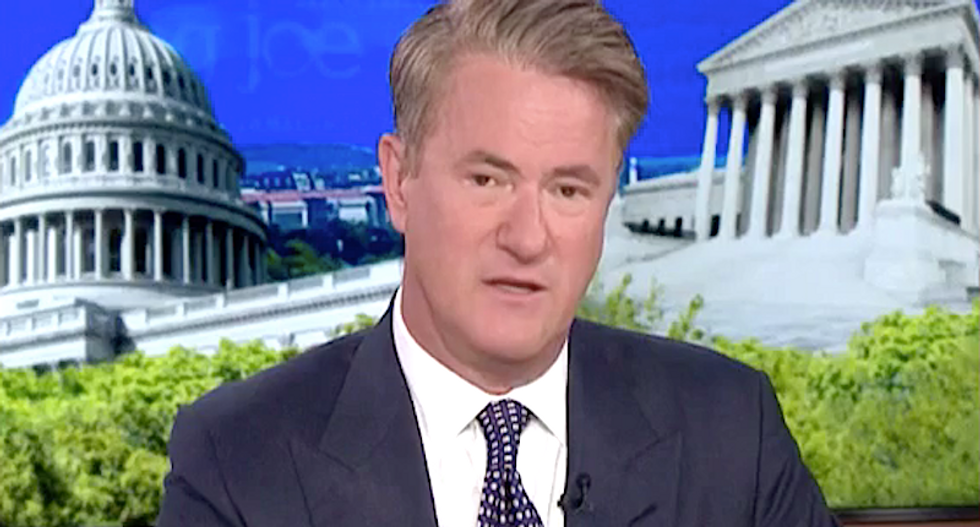 The "Morning Joe" host said the president had done real damage to himself while Congress was on recess, and he said GOP lawmakers are losing patience with his unforced errors.

"It has been, we talked about this last week, a cruel, cruel political summer for Donald Trump," Scarborough said, "and the most remarkable thing, and I do talk to Trump supporters a good bit, what infuriates them and what infuriates people close to him in the White House is so much of these scars are self-inflicted. He can't get out of his own way."

The president's racist attacks on Democratic congresswomen and incoherent rants about a looming recession have cut into his already weak approval rating, as well as ballooning scandals involving government payments to his properties and doctoring weather data -- and Scarborough said congressional Republicans may finally push back against his agenda.

"I spoke to a Republican insider last night, one of the most powerful that I know that has quietly remained in the background so their firm could still get business in this age of Trump Republicanism," Scarborough said.

"He said what Donald Trump doesn't realize is he is so despised on Capitol Hill, he's so despised by Republican governors across the country and by members of the House personally, that it's only a matter of time," Scarborough added, "and this was last night before these numbers came out, that they start planning ahead for post-Trump Washington, and pretty soon they're not going to take the slings and arrows for this guy because it's proving to be a losing proposition."