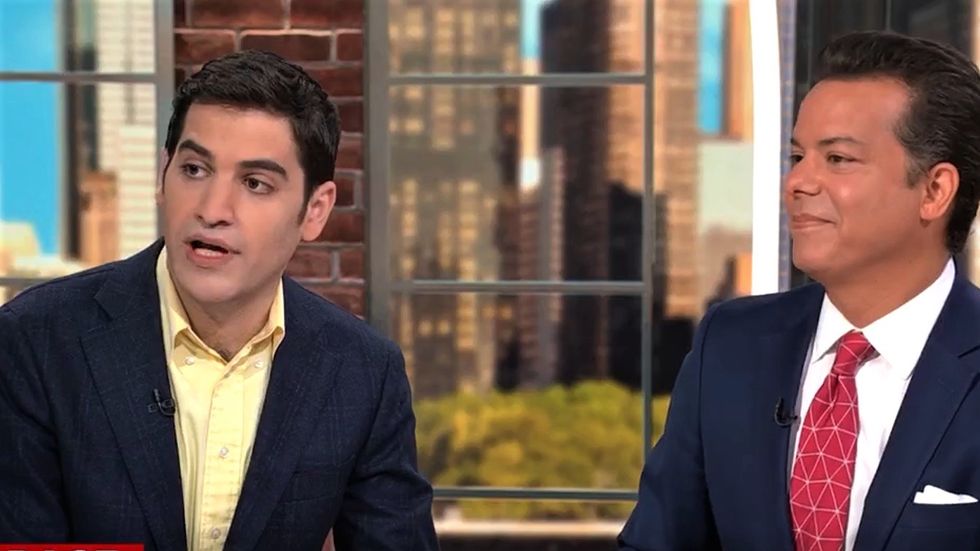 CNN polling analyst Harry Enten and political analyst John Avlon on Thursday both looked at some recent polling data and came to the same conclusion: President Donald Trump has dug himself a massive hole.

During a discussion about a recent Fox News poll of the 2020 Democratic primary, Enten and Avlon noticed that the survey showed Trump losing to all major Democratic contenders, including former Vice President Joe Biden, Sen. Bernie Sanders (I-VT) and Sen. Elizabeth Warren (D-MA).

Enten then zeroed in on the whopping 15-point lead that Biden has in the Fox poll, which Enten said is unprecedented at this point in the race against an incumbent president.

"If you go back to 1943, essentially, the Second World War, what you'll find is no president at this point was trailing by as much as Donald Trump is trailing Joe Biden right now," he said. "He's the worst of any incumbent right now."

"Trump is really in trouble if you look at the polls," he said. "The state-by-state [polls] aren't any better."