Trump is ‘taking women back to the Stone Age’: GOP challenger Bill Weld rips the president on MSNBC 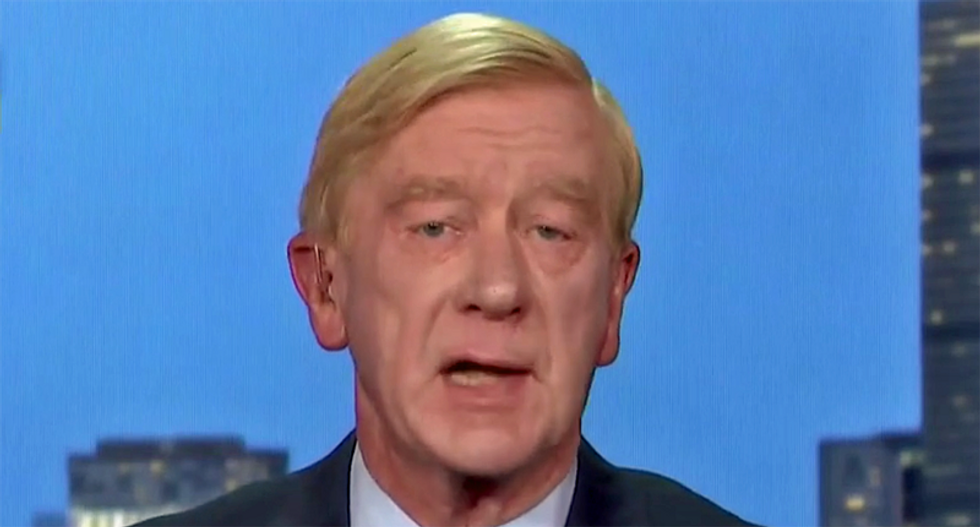 President Donald Trump was blasted by both of his GOP challengers on Friday for attempting to end primary elections in four states.

“Political parties get to set their own rules, and that means that some state Republican parties loyal to the Republican president, Donald Trump, are changing the rules when it comes to their presidential primaries and caucuses next year. Changing the rules, as in, doing away with them apparently,” he explained.

The states in question are Arizona, Kansas, Nevada, and South Carolina.

During the previous hour on MSNBC, Walsh blasted the move as “undemocratic B.S.”

Kornacki played clips of Trump complaining that the Democratic Party in 2016 was “rigged.”

The host interviewed Weld about the situation.

“Elections are the most important thing we do in a democracy,” Weld argued. “And even if this has happened before, it is anti-democracy. And a vote is the ultimate expression of choice.”

“There are a lot of Republican women who disagree with the president on issues like, let’s say, in cases of rape, does a woman really have to carry the rapist’s child to term? That’s what the president and recent state statutes in the South expressed,” he said.

“To me, that’s taking women back to the Stone Age -- and people should have a vote on that,” Weld said.

The former two-term governor and top Justice Department official also explained his strategy for receiving cross-over votes from Democrats and Independents who are unhappy with Trump.

“And as you know, Steve, there are 20 states that permit crossover voting -- where Democrats and Independents can take a Republican ballot, including New Hampshire, Massachusetts, Vermont, and New England, Wisconsin, 20 of them, and I’m going to be focusing on those states to persuade independents and Democrats to come in,” Weld explained.

“And if they don’t care for President Trump, vote against him twice -- once for me in the Republican primary and once, vote for whoever they want in the general,” he explained.

“I’m getting a lot of traction with that argument,” Weld added.