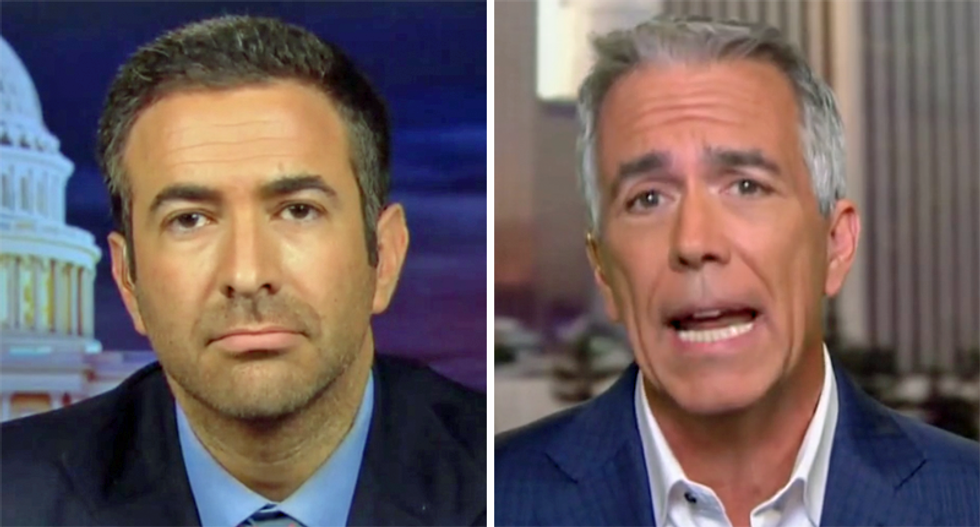 President Donald Trump was ripped for “trying to eliminate elections” on MSNBC on Friday.

Former Rep. Joe Walsh (R-IL), who is challenging Trump for the GOP nomination, blasted the decision on Twitter.

So to protect their King, the Republican Party is actually going to eliminate elections. Defend this Trump support… https://t.co/4PjIXIeTN7
— Joe Walsh (@Joe Walsh) 1567776141.0

Walsh was asked about the reporting on MSNBC’s “The Beat” with Ari Melber.

“This is not North Korea or Russia,” Walsh said.

“Donald Trump is trying to eliminate elections. He wants to eliminate primary elections, right now in four states, Arizona, Nevada, South Carolina and Kansas. That is undemocratic B.S. It’s wrong and that’s the kind of thing that should p*ss off Republican voters,” he added.

“Why do you think they are literally, as you said, canceling primary elections for a sitting incumbent president, why are they doing that?” Melber asked.

“Because I think, again, Ari, maybe it’s not me. I think they’re scared to death of this president having any other name on a primary ballot against him, because he’s imploding day-to-day,” Walsh replied.

“I think they’re afraid,” he continued. “That’s not a sign of strength. You want to eliminate elections? You want to take away the will of the people?”

“You don’t do that if you’re a big, strong guy,” Walsh concluded.